There are a couple of meanings for the tag line of this news editorial. You might think since Corsair is launching both a gaming headphone and gaming keyboard / mouse line I'm talking about that. I'm not. Corsair has taken aim at both Logitech and Razor and in one quick shot taken both their heads off. The ultimate one shot double kill. 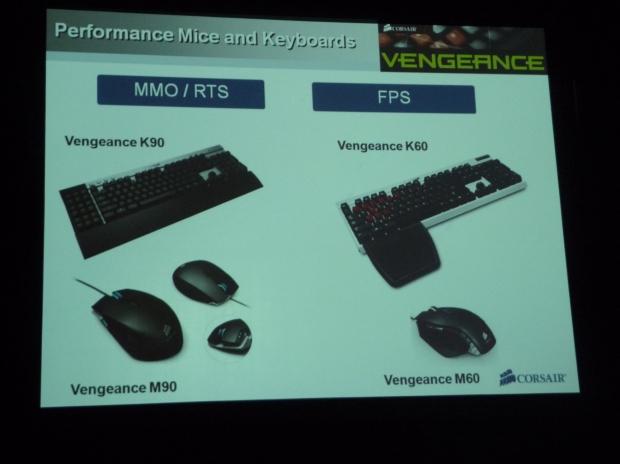 The new performance keyboard and mice line up consists of four products. For MMO/RTS use is the Vengeance K90 and M90, K being for keyboard and M being for mouse. First Person Shooter enthusiasts have the K60 and M60 but feel free to mix and match. 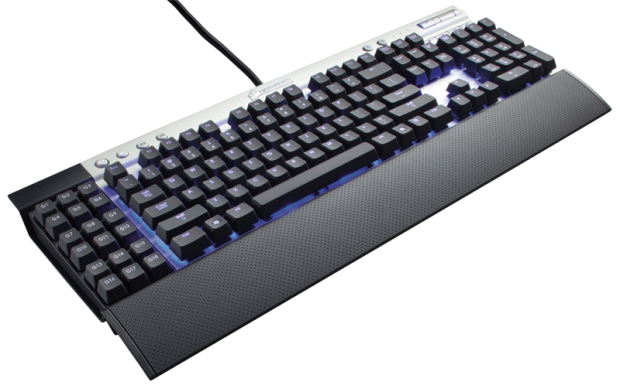 Starting out with the new MMO/RTS inspired Vengeance K90 we see above. Corsair started out with a list of features that needed to make it into the final product, no compromises. These include the use of an aluminum base structure for rigidity, long service life and the ultimate flex free feel, the best mechanical key switches for accurate strokes and a 20-key rollover with a 1ms reporting time.

The Vengeance K90 has 18 keys for user developed macros. The data is stored on the keyboard and Corsair has even included three storage locations so you can make three clusters that are easily changed by pressing shortcut keys along the top of the keyboard. 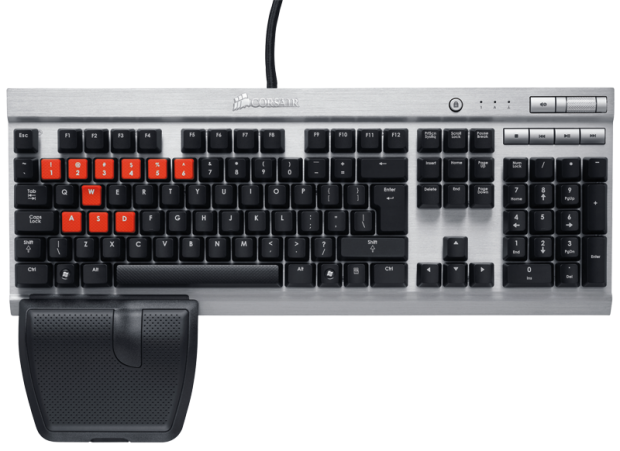 Since I don't play MMOs and rarely play RTS games I'm looking forward to the K60 FPS keyboard. The K60 uses the same Cherry MX Red key switches as the K90 and will give you linier keystrokes without the mechanical bump found on many mechanical keyboard on the market today. The K60 loses the key binding feature but makes up for it by shipping with special raised keys that are most used in first person shooters (shown installed above). The K60 also ships with the standard black keys and an easy to use key puller that makes removing the keys very easy. 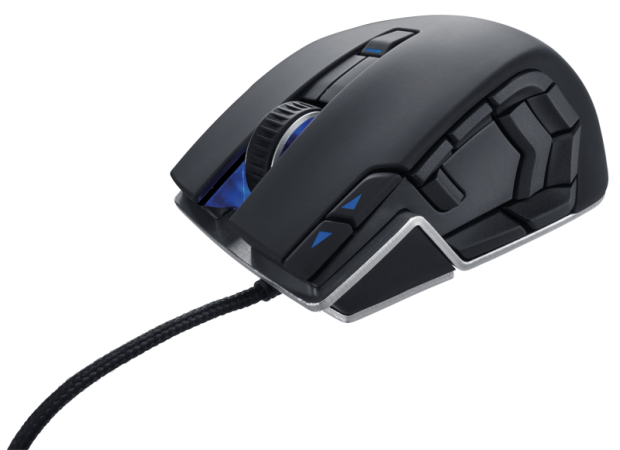 The Vengeance M90 MMO/RTS mouse takes your key binding to a new level with 15 fully programmable buttons and six profile banks. The sensor is an Avago 5670 DPI model and the M90 pairs it with programming to change the sensor resolution on the fly as well as list detection. The high mass scrolling wheel gives the user a solid feedback but yet feels smooth. Just as smooth is the gliding action of the PTFE glide pads on the bottom of the mouse. 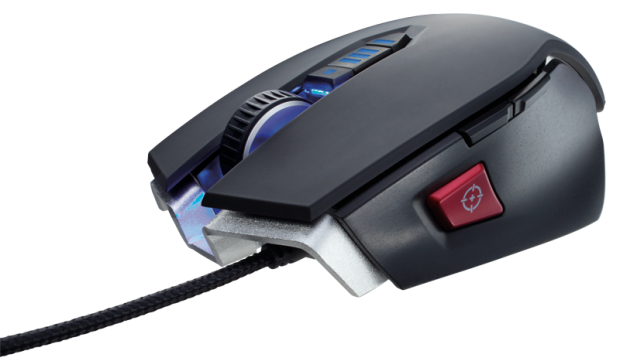 I can tell you that Battlefield 3 is going to be an expensive game because after you hear about the Vengeance M60 you'll have to have one. Many of the same features of the M90 are included with the M60 minus the extensive binding rarely used with FPS games. The M60 makes up for the lack of binding with one single key. The blow your head off key! Corsair is calling it the Sniper Key but I think it's pure genius. The red key on the side allows you to change the Avago sensors resolution on the fly making head shots easier while looking through your scope.

Corsair's new Vengeance Gaming Keyboard and Mouse products really deserve a full product but we'll have to wait a few weeks before that'll happen. I spent some time with the new products in San Francisco and just wanted to toss all of them in my bag before exiting the door. The mice feel great in your hands and provide smooth action while gaming. 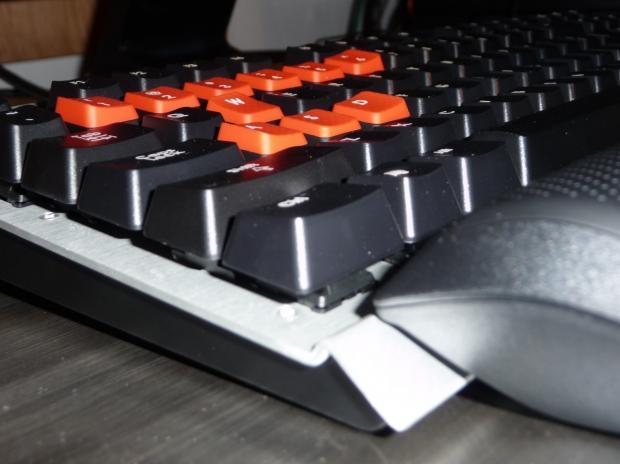 The real standout though is the new Vengeance Keyboard products. The action is the best I've felt yet while gaming and the construction is beyond anything else I've seen on the market. One feature that stood out for me was the design of the keys. In the image above you can see there isn't a plastic lip for debris to get trapped in. If you have young kids that game...and eat Pop Tarts you already know the value of this feature.

Also show above is the "Red Top" keys that give the Vengeance Keyboards a natural feel while gaming. These keys will also be sold as an add-on to the MMO/RTS K90 but we don't have pricing information at this time for the add-on.