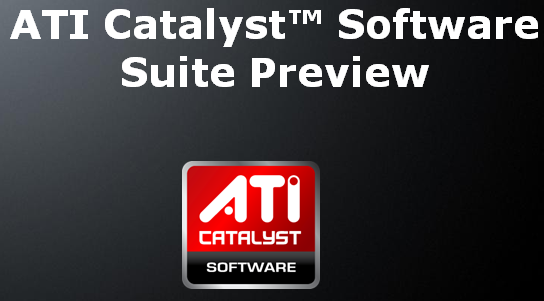 Improvements include a better game profiles system that will give updates to the latest games in a much shorter time frame. CrossFire technology is also enhanced with the ability to make use of it even when Eyefinity is enabled for dual-monitor setups. On that note, Eyefinity in itself is going to be even more useful with the ability to compensate for monitor bezels to better line up the screens and other various improvements.

The mobile crowd won't be left out either, with AMD reporting their commitment to start providing monthly updates (as they have been doing for desktop users for quite some time).

And finally, AMD is also enhancing support for 3D stereoscopic gaming, allowing third party vendors such as iZ3D to be recognized in their driver sets, unlike NVIDIA who locks its users into the one option, 3D Vision.

You can read about all of the upcoming additions/enhancements to future Catalyst releases in our preview article here. AMD's official announcement can also be located here folks.
Newsletter Subscription