All NewsBusiness, Financial & LegalCases, Cooling & PSUContests & GiveawaysCPU, APU & ChipsetsDealsDisplays & ProjectorsGamingMotherboardsScience, Space & RoboticsStorageVideo CardsVirtual & Augmented Reality
All ReviewsAll ArticlesAudio, Sound & SpeakersCases, Cooling & PSUCPUs, Chipsets & SoCsComputer SystemsDisplays & ProjectorsGamingMotherboardsNetworkingPeripheralsStorageVideo Cards
GuidesGamingAsk the ExpertsNewsletterAboutForums
Windows 11Halo InfiniteBattlefield 2042Elon MuskGTA 6RTX 3080HDMI 2.1Bitcoin Mining
Business, Financial & Legal
I tell you it must be the time of year. It seems like most of the new traveling around is a lot of mudslinging. After the round of bad FUD over NVIDIA (stupidly) showing off a fake card (I still think it is not a big deal). We now hear that someone is throwing mud at Microsoft's Project Pink.

This one comes from Apple Insider and reads like a disgruntled employee lashing out; in fact it might be the same one that leaked the original hate about the project.

This brings many, many doubts to mind about the project and what is going on behind the scenes here. Why would someone leak information to an Apple oriented site about an MS project? Why would they then follow up there if they are trying to give context?
There is really one thing that jumps top mind. The Zune HD launch was successful, Microsoft out did themselves with it and now someone, is worried about the chances of a phone in this device, or about a phone with the same type of functions the Zune HD has. This type of mud slung in the right directions pulls the attention away from the success of the Zune HD. Most people remember bad news before they remember good news (and of course recent news better than older obviously). If you throw in a scandal, name names, and "leak it" from an inside source it is a readers' dream. Once the seeds are sown and the news makes its rounds, well the damage is done.

So in the next few months I would keep your heads down. Otherwise you might get hit by a flying mud. 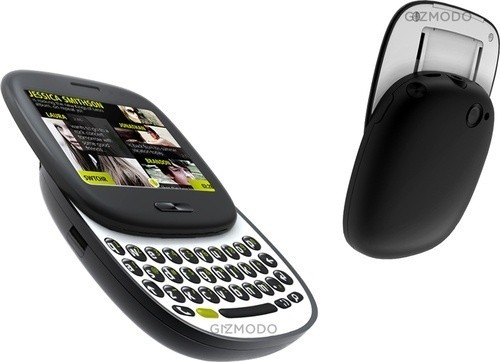