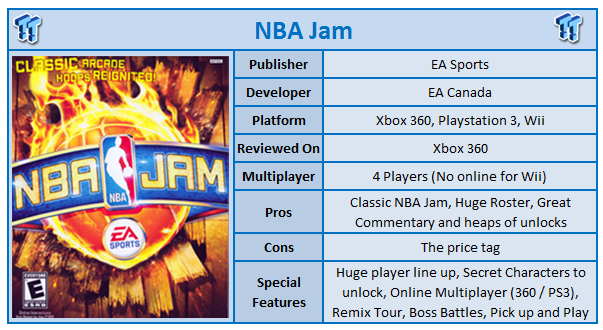 NBA Jam for the Xbox 360 and PS3 has clearly not gone to plan for the folks at EA with the cancellation of NBA Elite 11; what was to be the replacement for NBA Live. While Elite has been permanently put on the back burner, fortunately NBA Jam didn't suffer the same fate. What was initially going to be only a downloadable game when purchasing Elite has instead become a fully-fledged retail game.

Once you slide NBA Jam into your Xbox 360, I would highly recommend installing it to your hard drive if you've got the space. The 1.3GB install is fast and makes loading extremely fast once you're up and running. 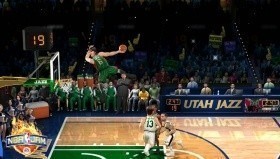 Once up and running you've ultimately got three options. There's Play now which just gets you into the thick of the action, while your other options are to play online or you can jump into Game Modes which inside has a number of different modes including a campaign.

NBA Jam is, like the original Arcade version we saw in the early '90s, a 2 v 2 basketball game. Hitting Play now gives you the ability to sign yourself in along with up to three other players to get in on the action straight away. Of course, if you're alone you can sign yourself in and start playing with the A.I. too.

There's a real feeling of nostalgia as you press A and you're asked to enter three initials for your name. Once you've done that it's time to select a team and then your player. When you've done that you're able to adjust some privileges which will be limited initially, and then you'll get stuck straight into the game. 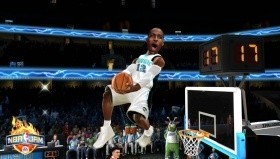 If you're a fan of the original, you're not going to see anything new when you're up and running except for much slicker looking graphics. The action continues to be fast paced and with Goal Tending being the only foul you will find yourself pushing, elbowing and doing constant running around which would create more back court violations than your typical basketball game would know what to do with.

If you want to try and get a bit of structure into the game, you can work the campaign mode which works you through a number of games with you versing five teams at a time, followed by a bit of a dream team at the end of each conference. The word Campaign for some might be a bit of a stretch, but it does give you something to work towards while at the same time helping you unlock some abilities. 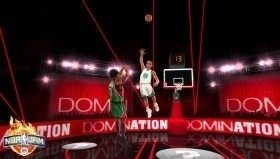 Remix Tour is another game mode and in here you again work your way through the conferences completing a number of different game modes.


You've got everything here from "21" where three players are on the court and the first to 21 wins, to remix 2 v 2 which adds power ups into the picture, making the game that little bit crazier and nuttier than it was already. 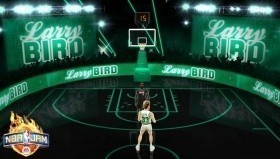 Also included is Smash where the objective is to simply smash your back board along with Boss Battles where you find yourself in 1 v 1, well, boss battles. The last of the options under game modes is Jam Camp which is just a quick tutorial. With only a few main actions happening, though, it's not going to be a must for people to complete. With that said, it's nice to just go in and get the button configuration known. It's also on a whole nice and quick, so you don't mind spending a few minutes getting the hang of what's going on.

There are three things that make NBA Jam great; the simple nature of the game, the dunks that defy the laws of physics, and the commentary. With classics like Boom-shaka-laka being heard and new ones like Boom goes the dynamite!, the game continues to just have this massive amount of flair that made the original so great. 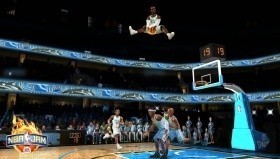 Online play isn't, bad but it took a bit of time for us to find someone to play with. Outside of buddies on your own list, the best multiplayer experience is to be had in the same house with multiple controllers.

The simple fact that the EA crew didn't try to make "NBA Jam 2" and instead chose to remake the classic "NBA Jam" means you've got that same classic game play wrapped up in a pretty package.

The biggest let down to NBA Jam happens before you even slide the disc into your console and at the checkout of your local place of purchase with its $40+ price tag. Still, once the money is gone and you fire the game up you'll find yourself taking a High Definition stroll down memory lane trying to hit three baskets in a row and get on fire.

While the extra game modes don't add heaps to the overall game, they do distract while you're waiting for someone to come over or sign in so you can take the battle online with a friend or friends.