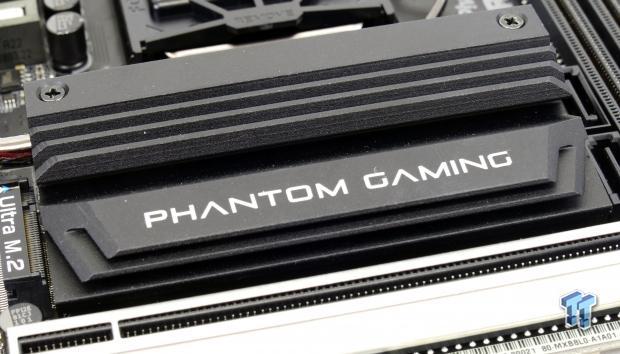 Today an embargo has lifted that allows us to show you up-close shots of Z390 motherboards. We are taking a look at one of ASRock's latest mini-ITX motherboards, that is designed to be high-end and appeal to power users who want a small practical machine. Let's take a look at the Z390 Phantom Gaming-ITX/ac, and yes, Phantom replaces Fatal1ty in regards to ASRock naming.

The Z390 Phantom Gaming-ITX/ac is brand new; we don't have a price. 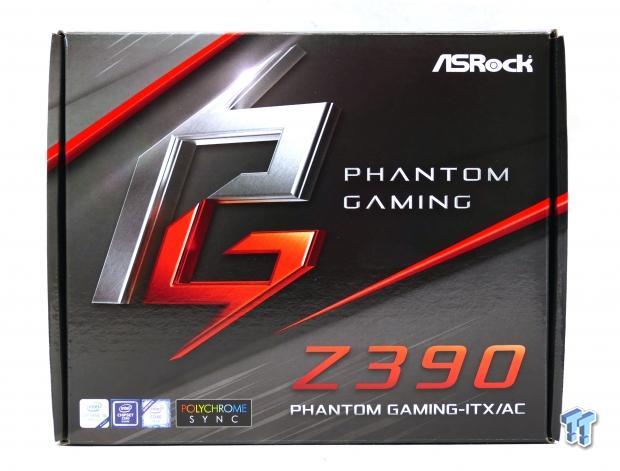 The box embraces ASRock's new marketing, and packaging is quite good. 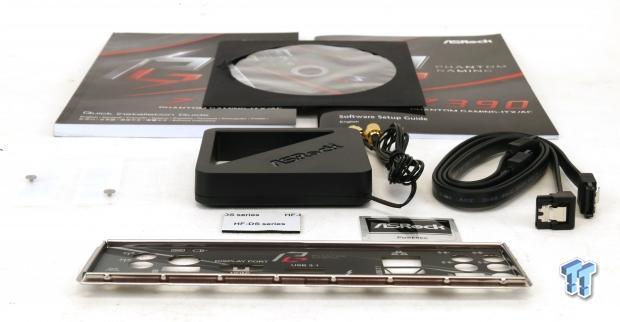 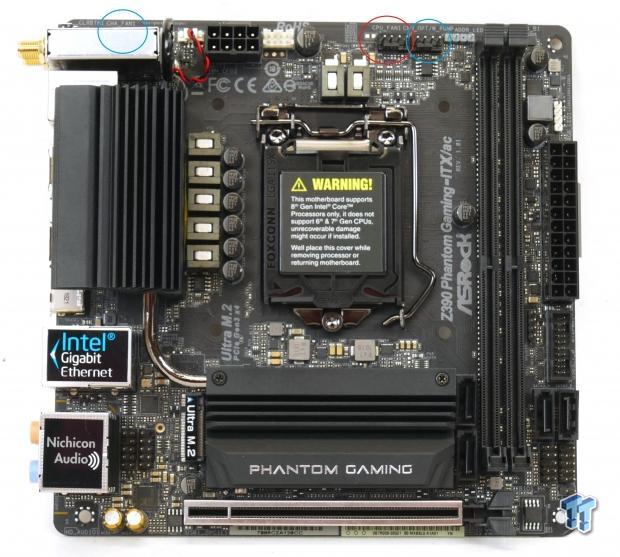 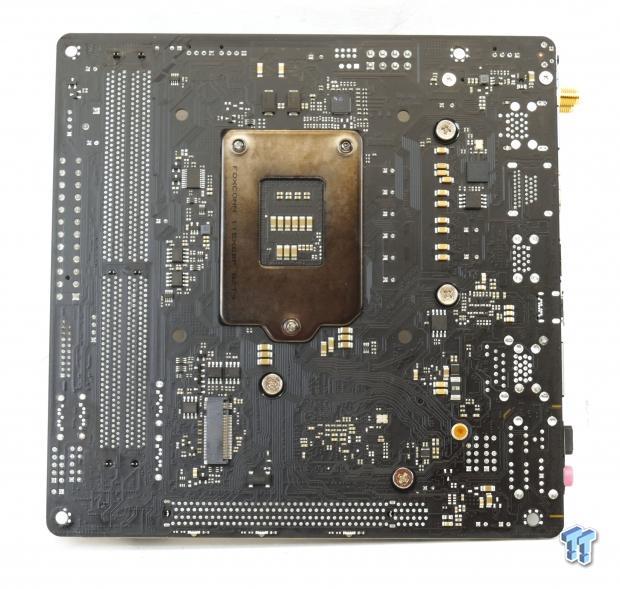 ASRock put in three fan headers. The CPU fan header is 4-pin PWM and is circled in red; it supports up to 1A. The other two circled in blue are DC/PWM mode headers with support for up to 2A each, and they are capable of supporting water cooling pumps. The UEFI and ASRock's A-Tuning program offer control over all headers. The motherboard carries a straightforward design aesthetic; black and gray. The back of the motherboard doesn't have much on it, but there is an M.2 slot back there.

The rear IO panel features clear CMOS button, WIFI antenna connector, PS/2 keyboard/mouse, DisplayPort, HDMI 2.0, 4x USB 3.1 type-A (but it might be a typo on their end since they are all blue and no re-drivers), USB 3.1 type-C (Thunderbolt 3 capable), two USB 3.0 ports, Gbit LAN, and 7.1 gold-plated audio with S/PDIF out. 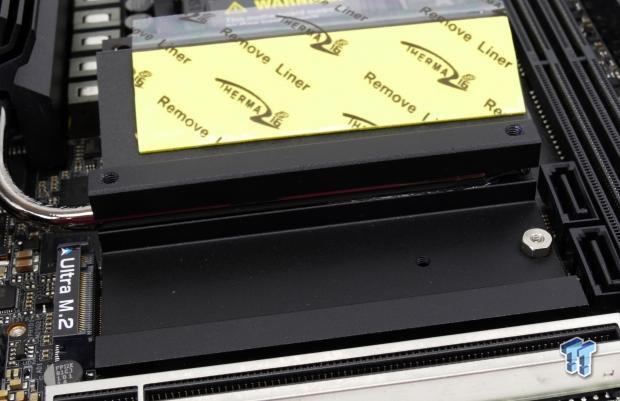 At the rear of the motherboard and on the top-side we get Ultra M.2 slots that support up to x4 PCI-E 3.0 and SATA. 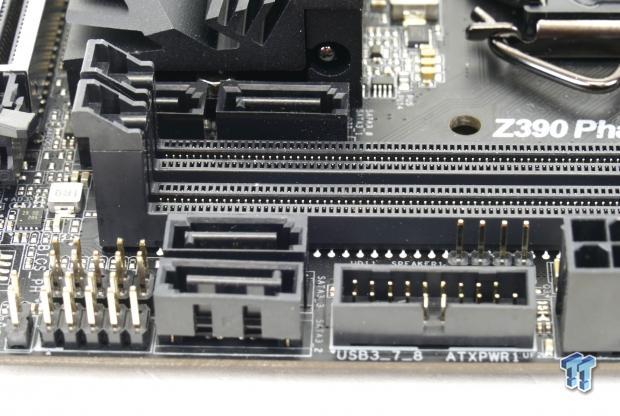 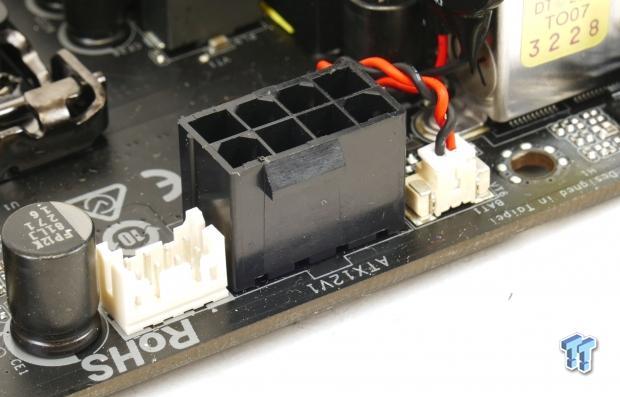 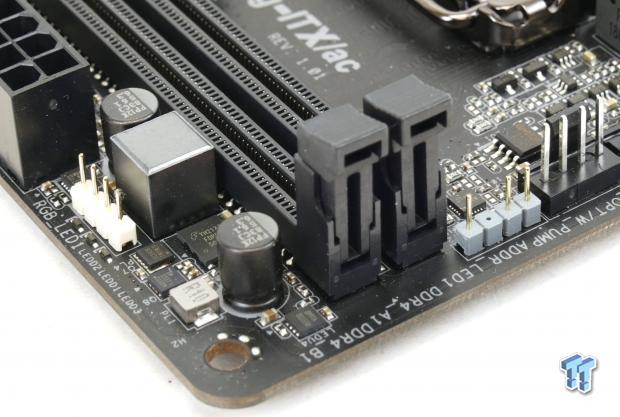 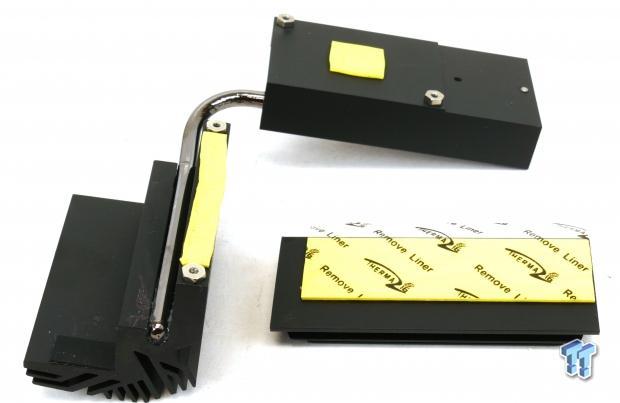 We find both an RGB LED header and an addressable RGB LED header. The CPU VRM heat sink uses a, and it has a decent amount of weight to it. 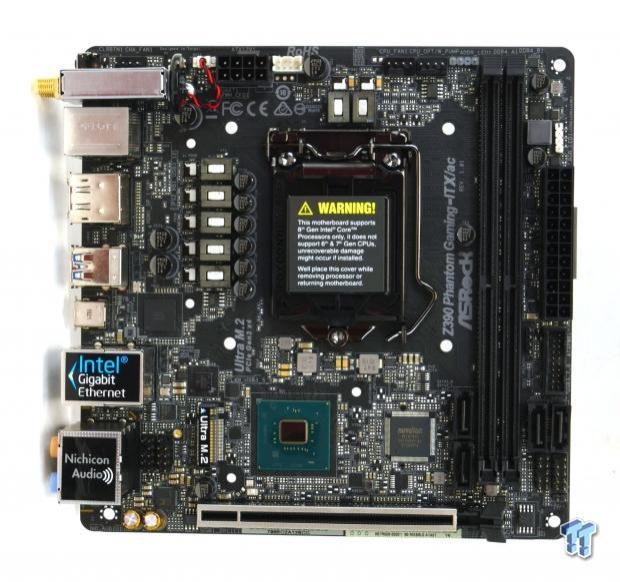 The Fatal1ty Z390 Phantom Gaming-ITX/ac shows us the goods with the heat sinks removed! 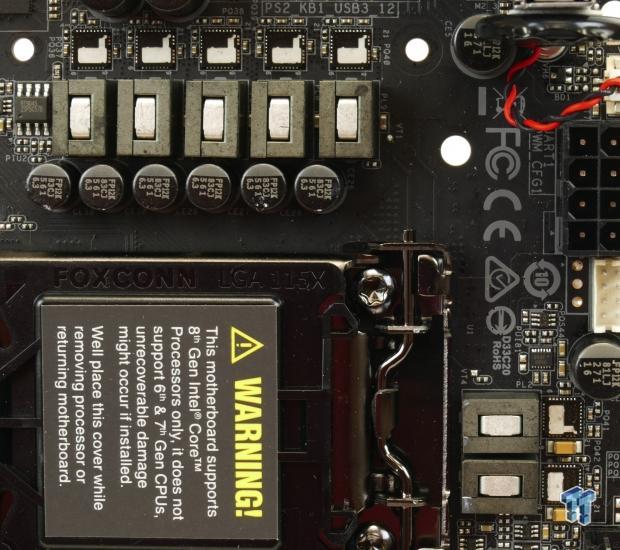 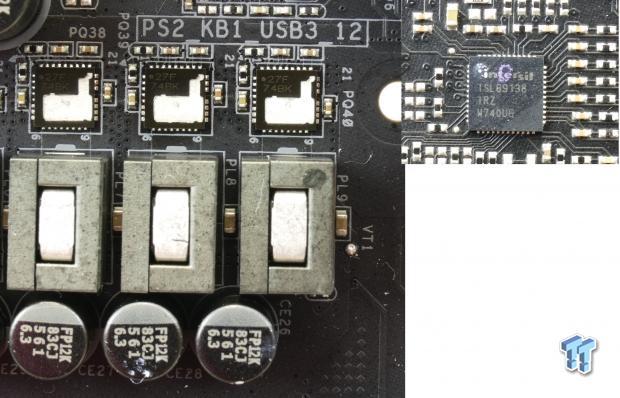 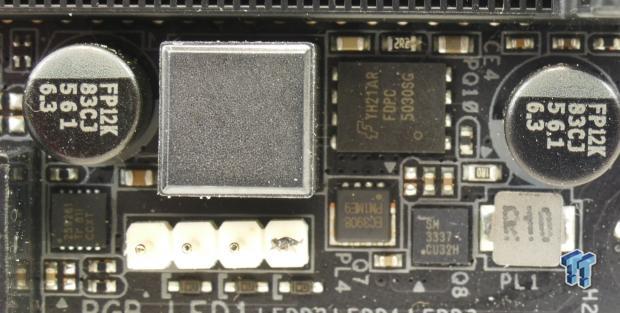 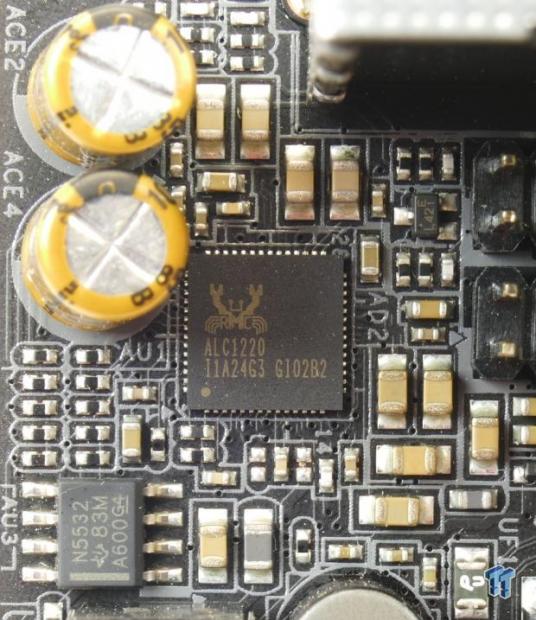 The audio solution consists of a Realtek ALC1220 rated up to 120dB and supports an integrated headphone AMP. The Texas Instruments NE5532 amplifier is used to increase audio quality at the internal header, and we find gold capacitors to help improve audio as well. 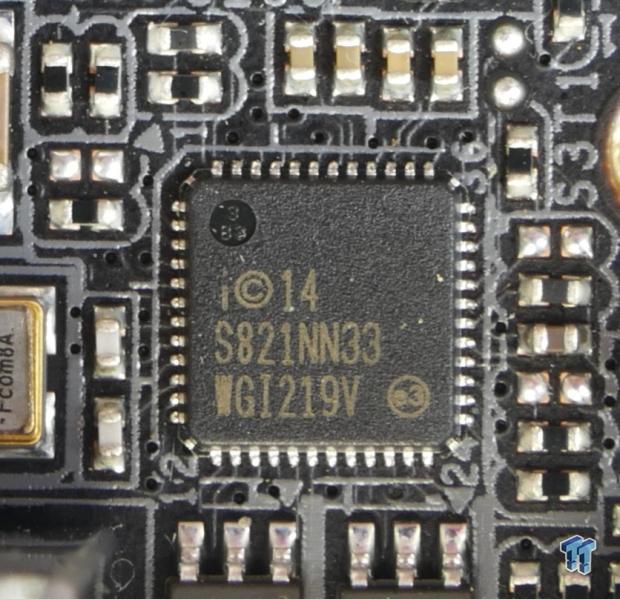 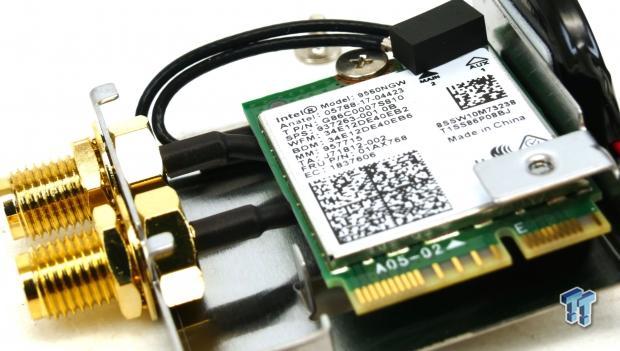 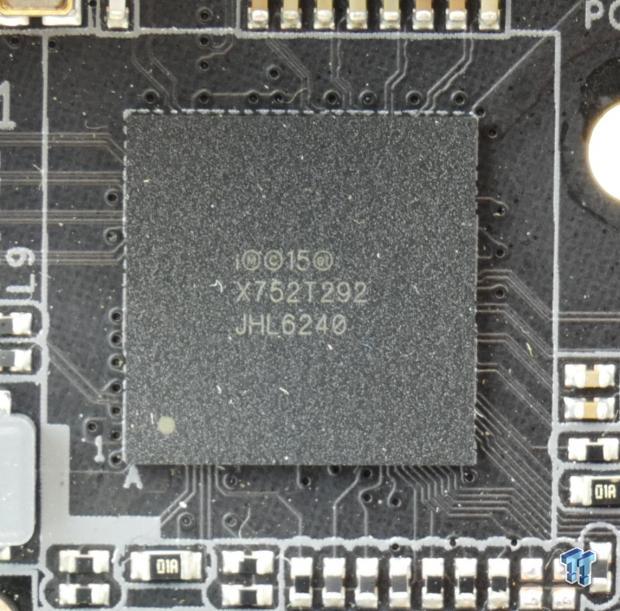 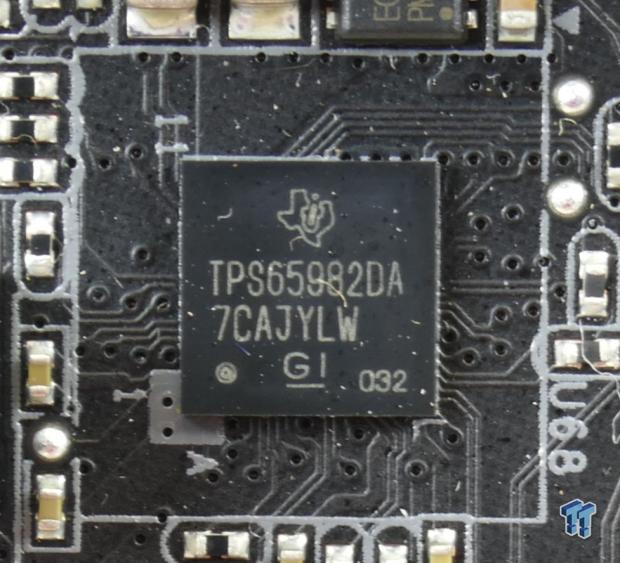 Thunderbolt 3 is from the Intel JHL6240 Thunderbolt 3 controller; it's a low power 1.2W single port part that connects to the chipset through two PCI-E 3.0 lanes. The type-C sport supports up to 3A as part of PD 2.0 specifications, and the Texas Instruments TPS659832 type-C port controller. 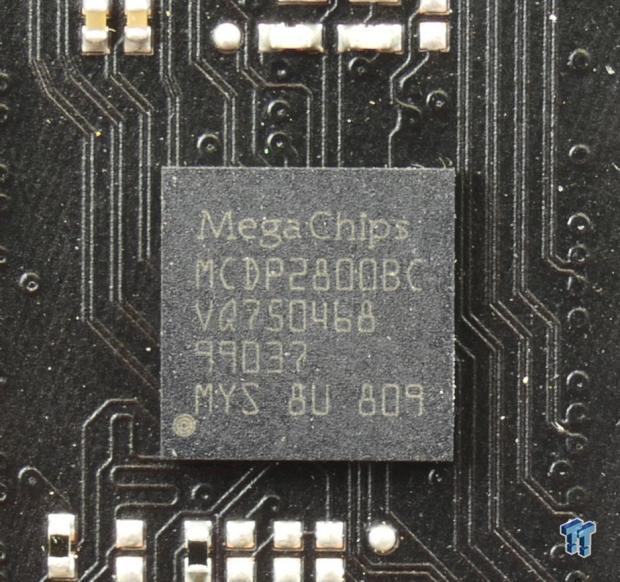 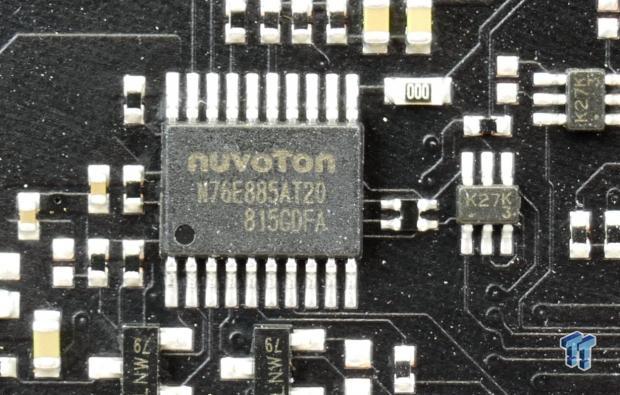 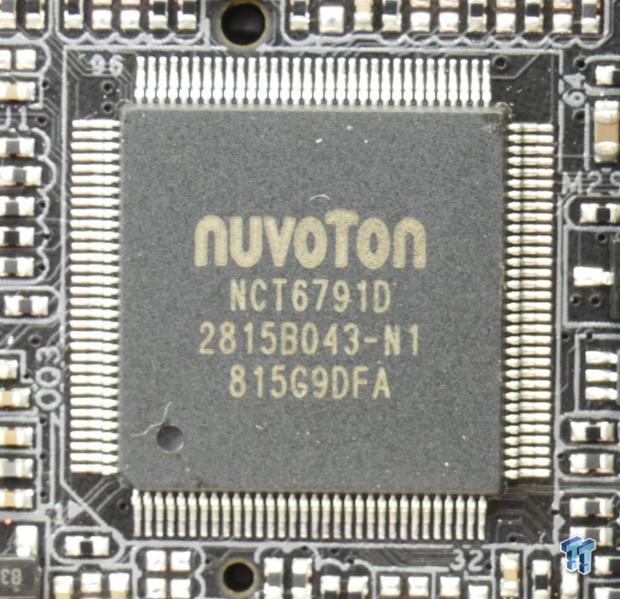 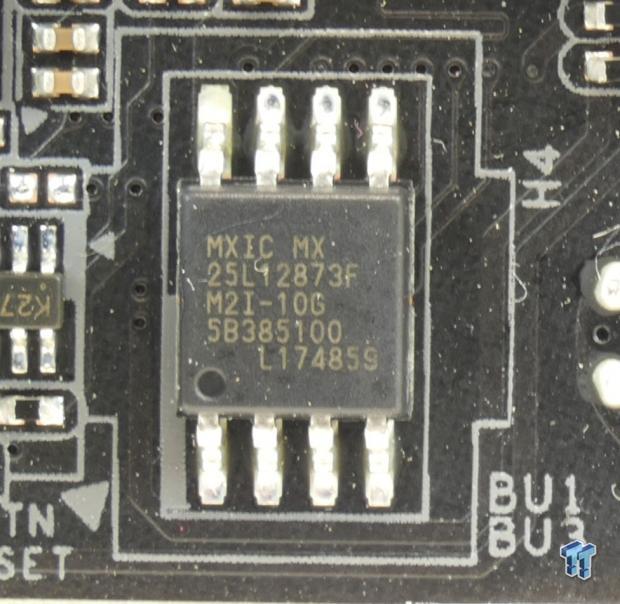 The nuvoton NCT6791D is the main SuperIO controller. A single 128Mbit BIOS ROM is found on the motherboard.

We will have the second part of this review when the NDA date is reached.