This popped up a little out of nowhere. To be honest with how late we got the 11.10 Catalyst drivers from AMD last month, I'd figure we'd probably be getting these ones at the last minute as well. At the same time, it doesn't surprise me too much, though, that we're seeing them in the middle of the month.

No doubt AMD don't want to get into a pattern of releasing them at the absolute last minute of the month, especially more so with the next driver coming hopefully before Christmas next month, ideally before the 17th when I take my first holidays for the year.

When I saw the email come in that the driver was ready for download, one thing went through my head - another driver with no performance difference. Firing up the release notes, you'll quickly discover that my assumption was pretty much spot on.

Looking through the release notes, you're not going to see anything that really stands out with the main highlight for the drive being Flash Player 11 Support for GPU acceleration. Apart from that, there's not much else to say. Of course, that doesn't mean that there are no performance improvements, so let's look at the testbed and then get stuck into our lineup of benchmarks to see what's going on. 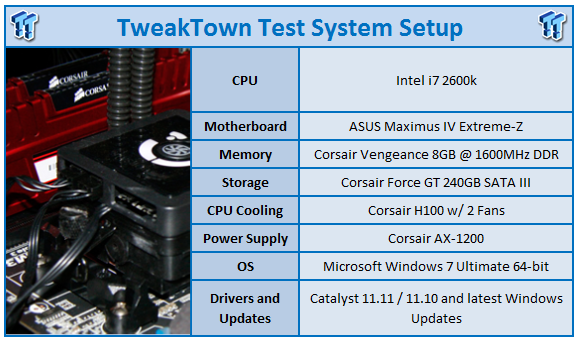 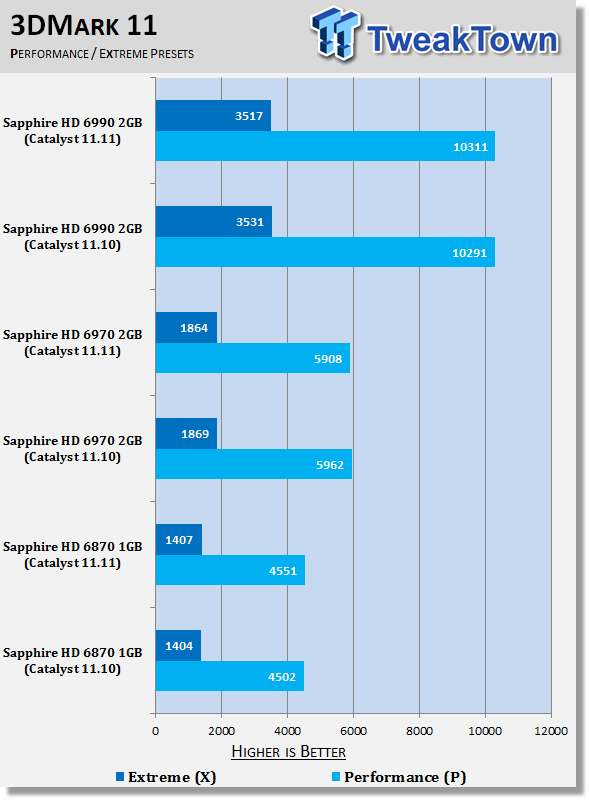 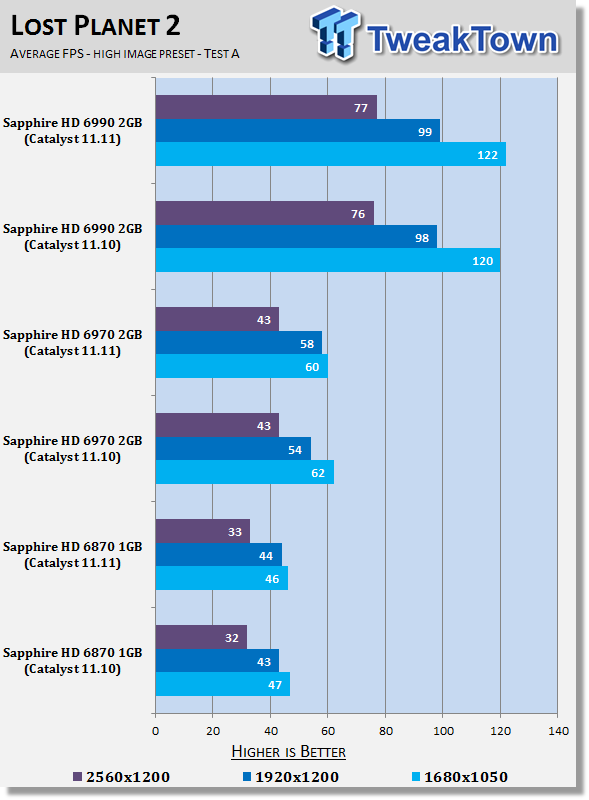 HD 6970 - At the lower resolutions we can see movement is a little up and down. 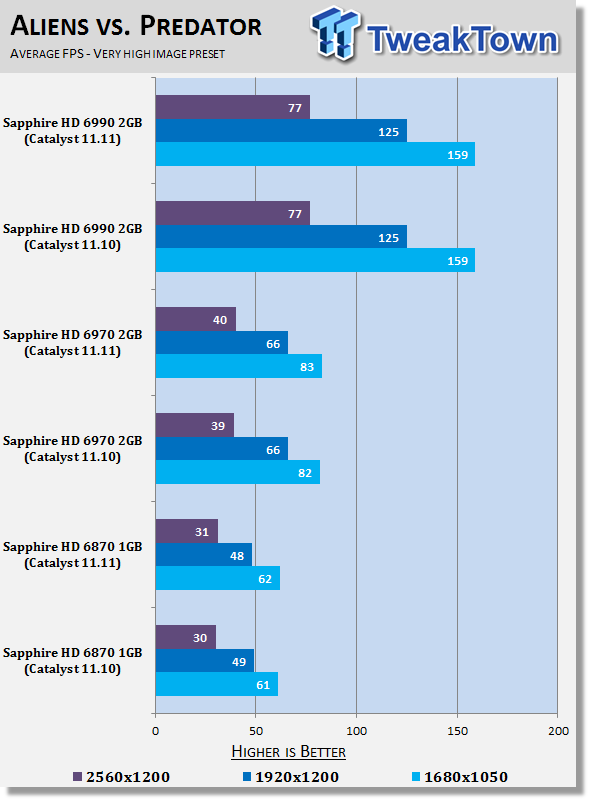 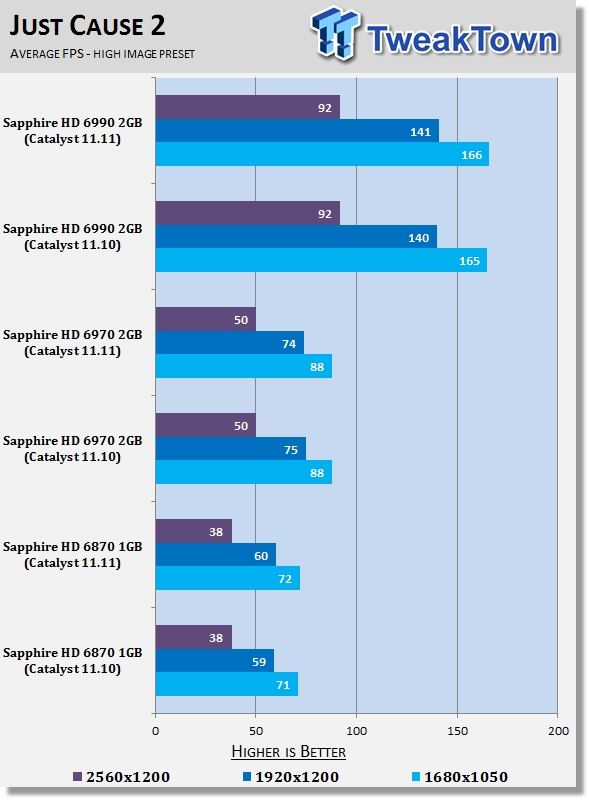 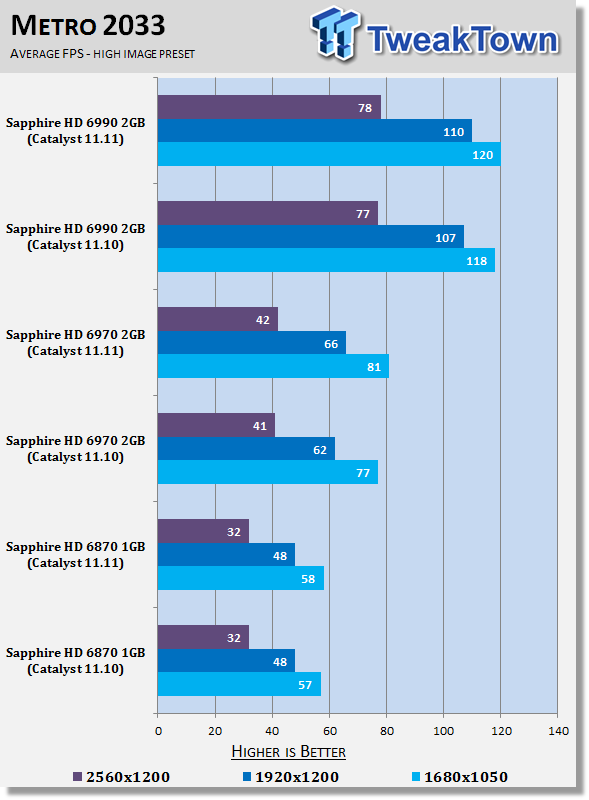 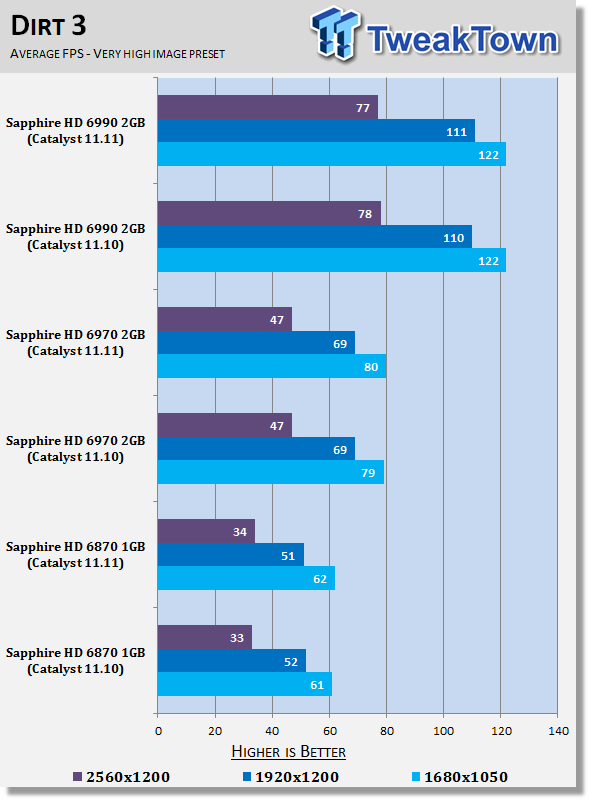 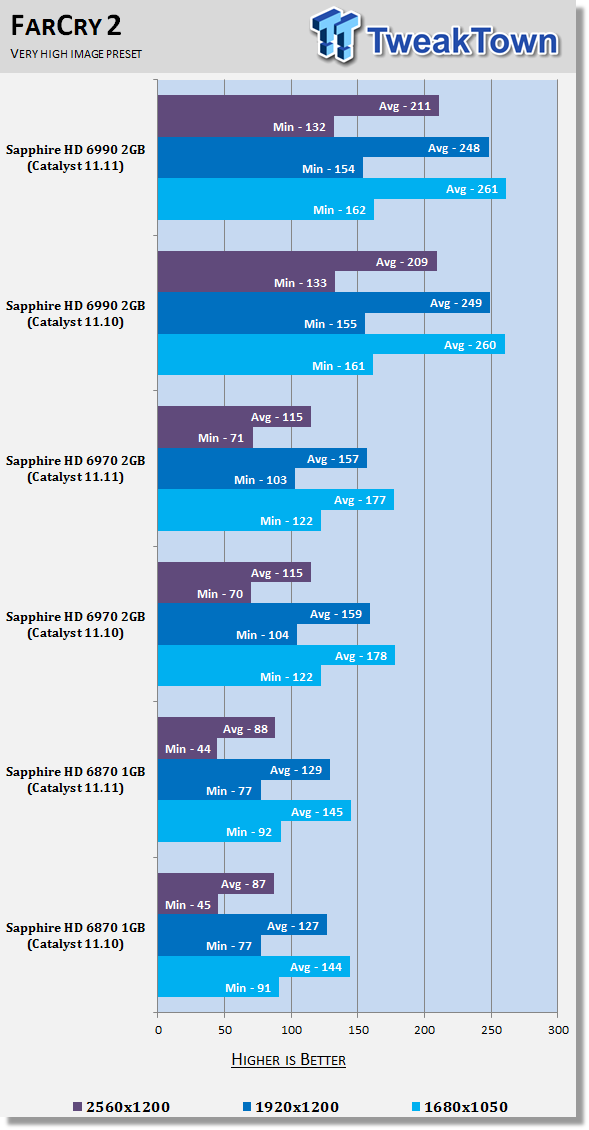 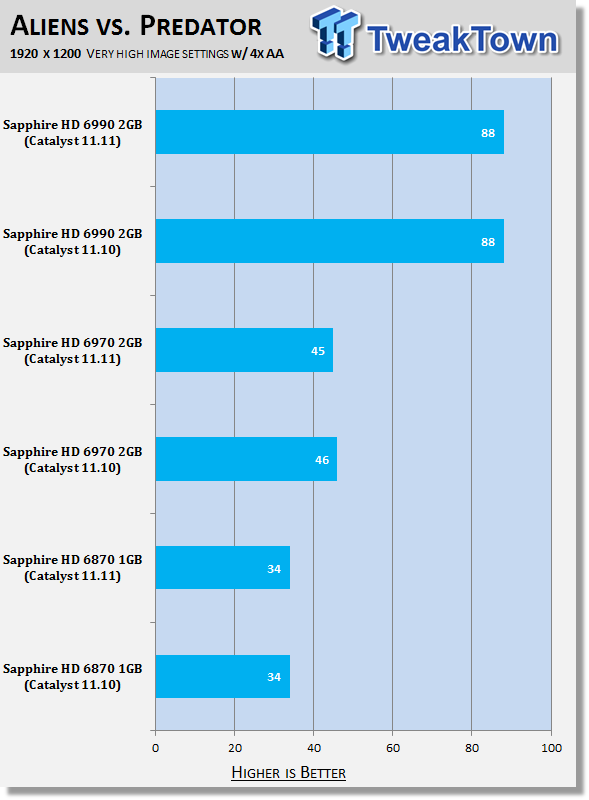 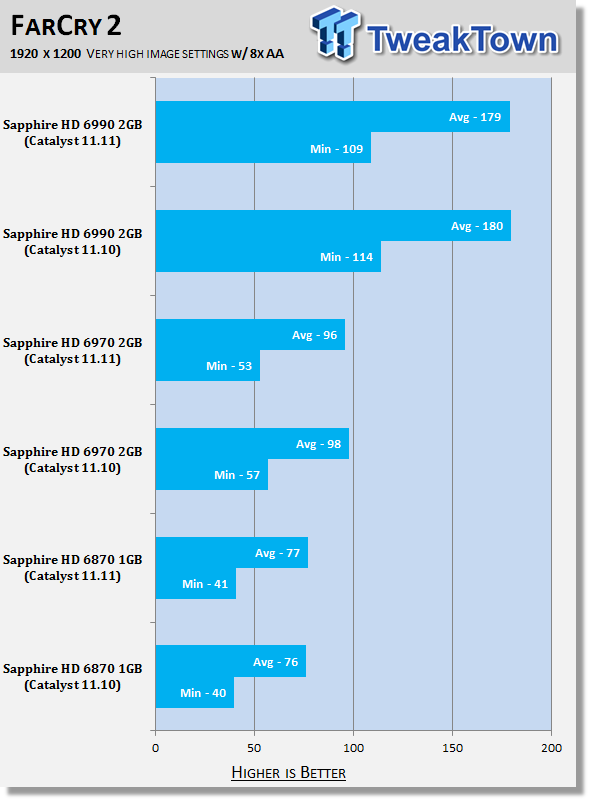 Well that's another month of Catalyst out and another month with no promises to performance. Saying that, there's a little bit of movement under Metro 2033, but apart from that we don't really see much change across the board at all.

It's going to be interesting to see what happens in December. We have to be honest, the last few months for Catalyst drivers have been pretty boring; this isn't the first time we've seen this from AMD, though, as sometimes we see this as they're building up to something bigger.

The big problem is that we haven't really heard about anything. Normally we would hear about a longer list of features coming in a future driver. This happened earlier in the year and it happened when we first saw Bezel Composition come in etc. Normally we'd be getting leaks about the improvements that are coming. It's been really quiet on the Catalyst front lately, however.

12 months ago we heard that Terry Makedon had left the Catalyst team and joined the Fusion one, and the other week I heard someone say that the Catalyst drivers just haven't been the same since he left. Normally I wouldn't like to agree with that, but if you really do look back at the drivers over the last few months, they just haven't been the same and while it has been 12 months since he left, no doubt the plans for drivers are probably a good six months ahead.

I've got our fingers crossed that we see something special for the last Catalyst driver of the year, but I'm not sure we're going to really see much. Like I said, if there was something major coming, we'd no doubt probably know about it by now.

The last thing I want to say, though, before we leave is, at what point will the Catalyst drivers stop installing to an "ATI" folder? - Surely it's not that hard to change it from ATI to AMD. It's been long enough now, I just don't get why every time we install the Catalyst driver it continues to install to the ATI folder.