EPOS has jumped into the streaming microphone industry with the release of the EPOS B20 - a $200 condenser microphone. 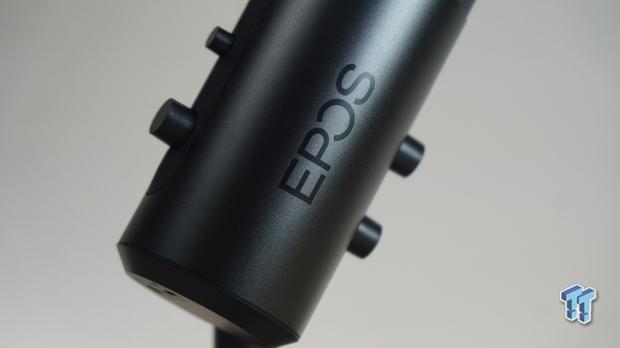 EPOS has really put a steep price tag on the B20. Throughout this review, I will explore if that price tag is worth it by going over all of the microphone's features, any respective software to improve its performance, usability, etc., and microphone quality. The B20 will be put through its paces, and for a microphone aimed directly at streamers, it does seem to offer some of the most sought-after features.

The B20 comes with multiple pick-up patterns, which is beneficial for streamers or content creators that use their microphones in different situations, such as recording two sound sources. As I previously mentioned, the B20 comes with a $200 price tag, and to see if that price tag is worth it, I will be comparing it to the very popular Elgato WAVE 3, which at the time of writing this review is listing for $159.99 on the Elgato website (most likely can be found cheaper elsewhere). 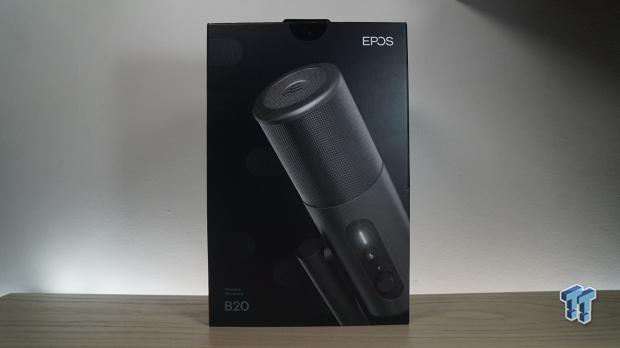 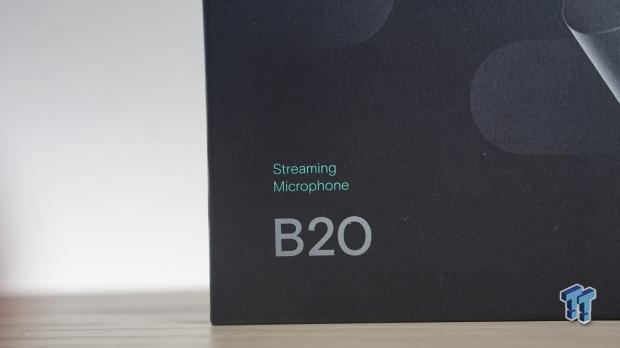 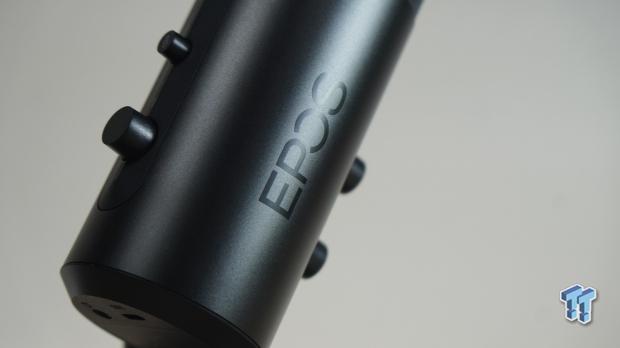 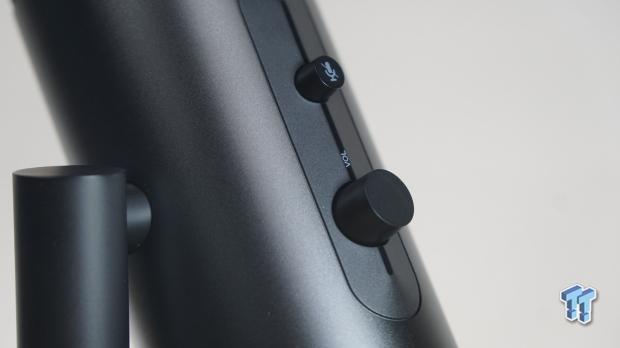 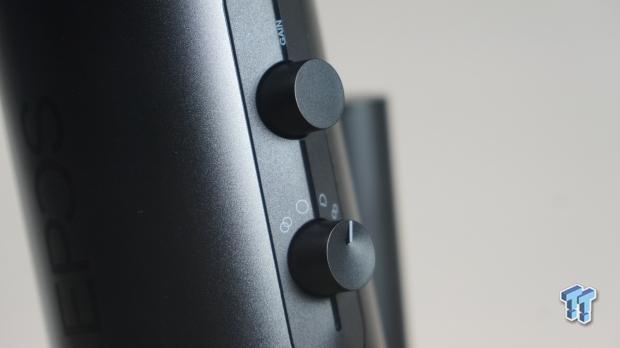 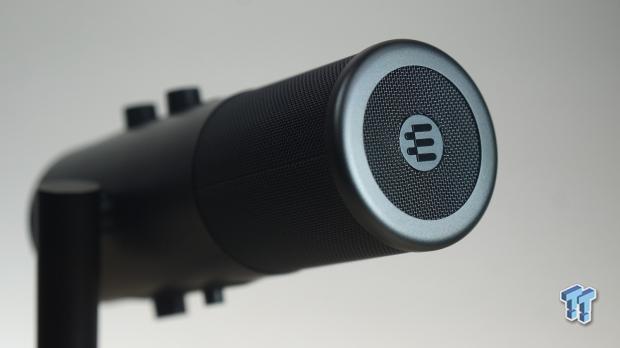 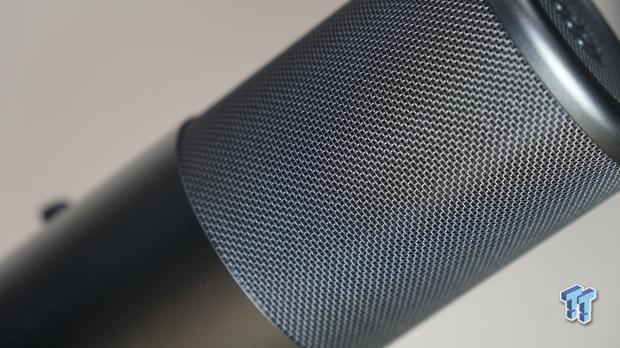 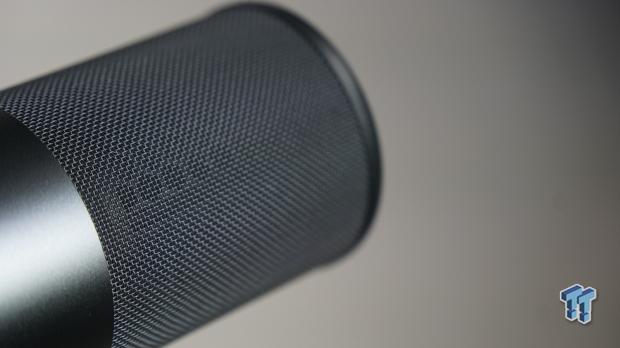 Opening the box for the B20 was very pleasurable. The packaging is very clean and minimalistic, and the foam provided very nice protection for the product. The B20 looks incredible aesthetic-wise. It features a black cylinder design that resembles the Shure SM7B with a matte grey/black finish. The B20 is, unfortunately, all looks as it very light to hold and, as a result, feels quite plasticky and cheap. The B20 doesn't have a shock absorption base, which I believe is why the microphone is lacking that weighty feel that is present in the WAVE3. 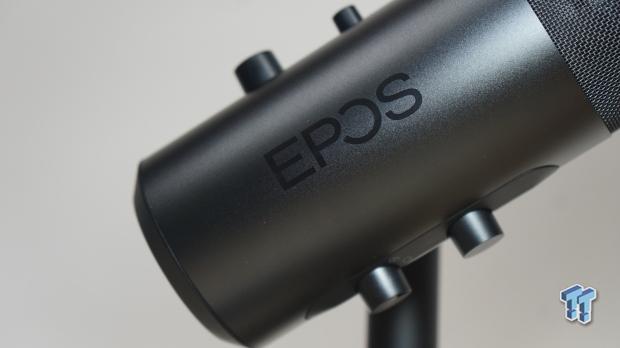 The B20 is a side-address microphone and can be placed on a microphone arm via the non-detachable arm that is locked into the cylinder. On one side of the microphone is a volume wheel and a mute microphone button, and on the other side is a gain wheel and a pick-up pattern switcher. All of these wheels and buttons feel very nice to use. They have satisfying tensions and clicks. However, the gain and volume wheels have no markers on them, and since they rotate 360 degrees, it isn't easy to know if your levels have/haven't been altered.

Another issue with the B20 design is that the non-removable stand attaches via a 3/8 thread, which isn't the most common thread for microphones and is usually found more in camera gear products. Most microphones come with a larger thread size, which means if you have a microphone arm that doesn't have the same thread as the B20, you will need to purchase an adapter (most likely 3/8 to 5/8).

There are some clear positives and some clear negatives with the design of the B20, but the design isn't everything; how does it sound?

The B20 uses the EPOS Gaming Suite Software, which is completely optional for users that aren't interested in it, or would like to fine-tune their microphone with other software. The EPOS Gaming Suite offers users some moderate levels of customization through presents located at the top of the window, voice enhancer presets located at the bottom left, and gain, sidetone, noise gate, and noise cancellation control. Quite stock standard when it comes to microphone customization software. 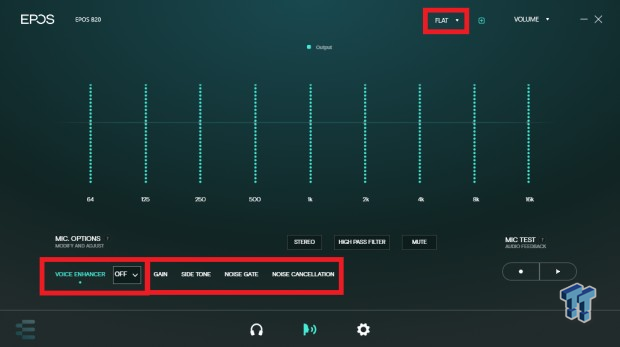 I found that it was impossible to change my output to a different source and use the EPOS Gaming Suite Software with the B20 at the same time. Whenever I changed my output to my desktop speakers the EPOS Gaming Suite would ask me to make the B20 the default output device before letting me customize my settings. For me, this is a major issue as I would like to have my settings open while using the microphone (as there are no indicators on the microphone itself), but have my audio routed to a different output other than the B20. 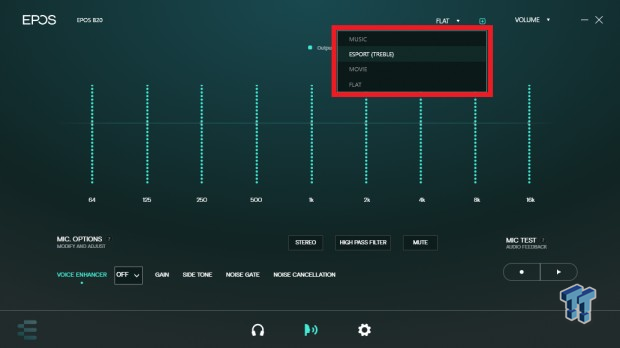 As with all microphones, the most important part is how it sounds, and since the B20 has multiple pick-up patterns, there will be lots of listening to do.

Overall, the B20 sounds pretty good, and I believe that with some EQ tweaking, you could really get the microphone to shine. I noticed that the WAVE 3 captures some of the lows of my voice much more accurately, but overall the B20 did quite a good job.

The B20 is one of the best streaming/content creator microphones on the market right now and can produce more than satisfactory sound.

There are a few things that are problems for the B20:

EPOS has jumped into the microphone market with quite a standard microphone that appears to be overpriced. 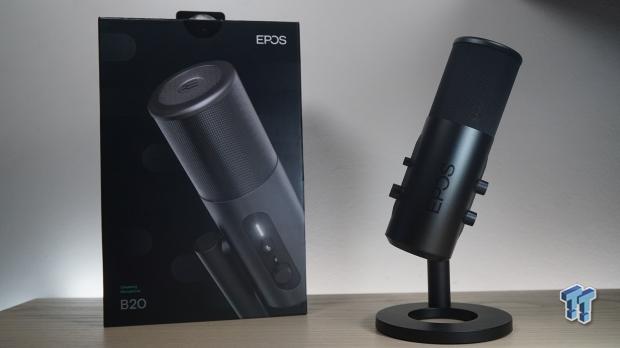 The B20 costs $200, and I'm struggling to find a reason why I'd recommend this microphone over the Elgato WAVE 3 ($159.99), which produces arguably better quality and comes with software to complement it. The only scenario where I'd recommend the B20 over the WAVE 3 is if a buyer wants to utilize the pickup patterns the B20 offers. An example would be using the microphone for streaming and in a podcast or other forms of content creation.

Ultimately, for $200, I really would have liked to see something more unique from EPOS, as I believe for them to make a considerable dent into the streaming/content creation microphone market, they will need to come out with a product that offers buyers something that other products don't already have.

The B20 is truly a lackluster product with a price tag that just isn't justified. The microphone is overpriced for what it offers, and there are better, cheaper options on the market that come with much more functionality for streamers.