Colorful has a decent entry-level drive on its hands, but the price is just too high in the current market.
Buy at Amazon

Colorful isn't the largest vendor in the SSD market, but they are a top 3 brand in Asian markets and can at time be found in North America.

Based on the extremely popular SMI platform, the CN600 series offers two variants; one with DRAM and one without. The model in house today is the "without' version that takes advantage of the 2263XT and Host Memory Buffer or HMB technology in Windows 10 to leverage 2000 MB/s read and 1600 MB/s write. Rounding out the hardware on this platform, you will find four packages of what appears to be 64 layer Intel flash, giving this drive its 512GB capacity. 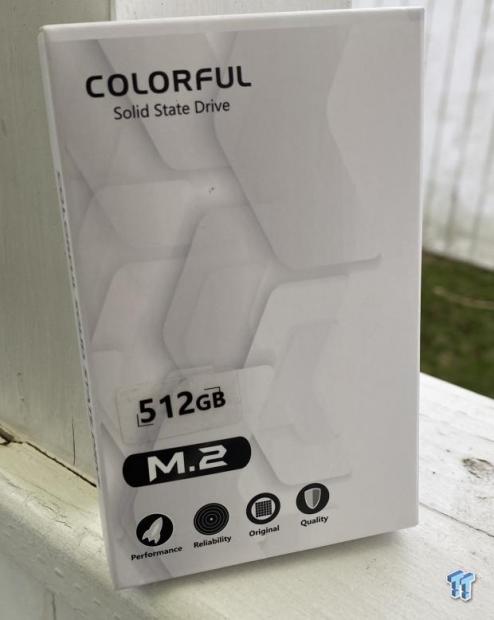 Packaging offers capacity bottom left and branding at the top. 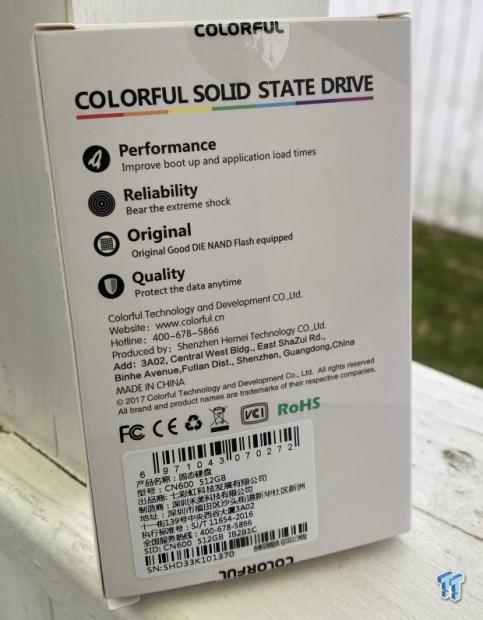 The back offers model identification, along with info on Colorful. 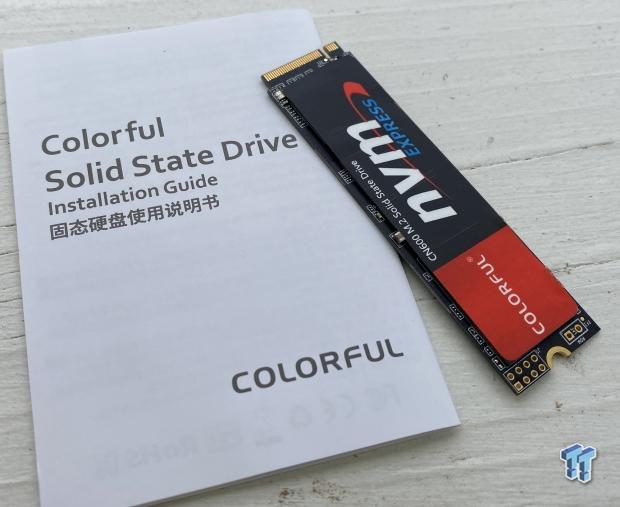 Unboxing, the drive is supplied with an installation guide and quite a vibrant sticker covering the front. 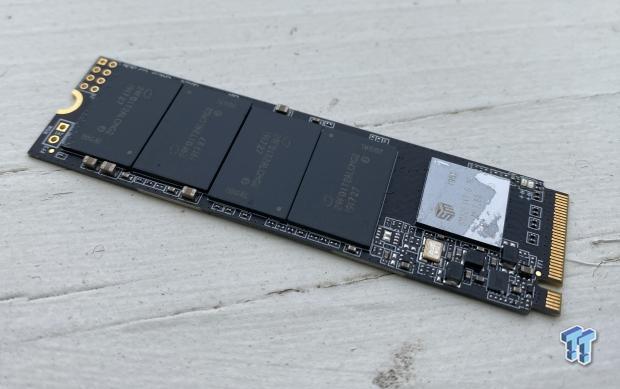 Removing the sticker, we get a look at the components, and as mentioned in the opening, this is a 2263XT and four packages of Intel TLC flash. 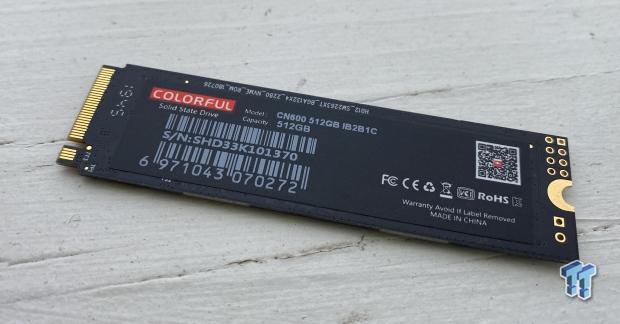 The backside offers a second sticker with model info. The back has the capacity listed at the top and regulatory markings at the bottom. 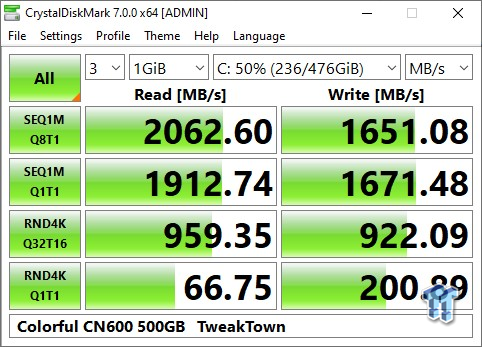 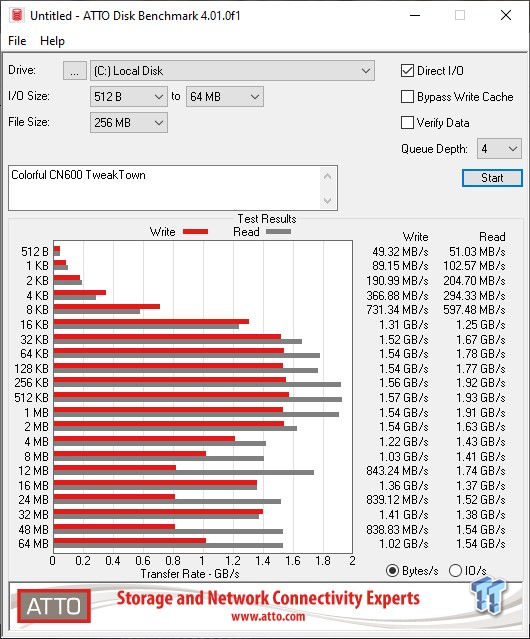 ATTO is a bit erratic, to say the least, a feature of DRAMless drives. We see the most consistent performance 32K through 2M at 1700 MB/s read 1500 MB/s write. 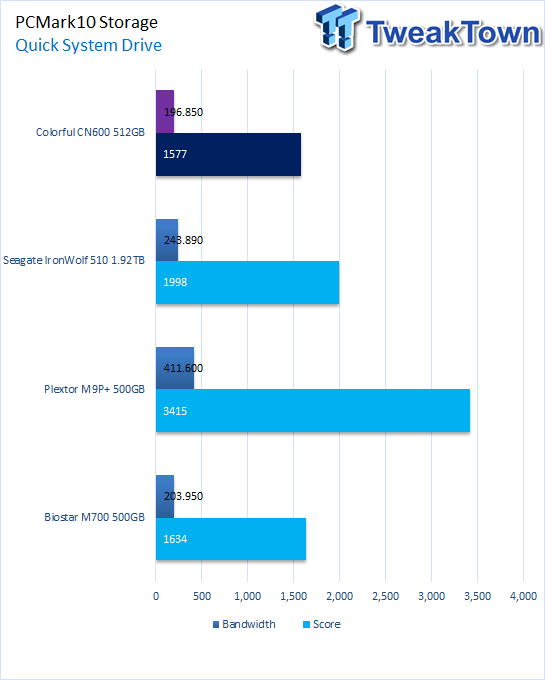 PCMark 10 results have now switched over to a chart since we have tested a few drives over the past few months. The Colorful CN600 has a score of 1577 in the quick system drive test, bandwidth at 196 MB/s. 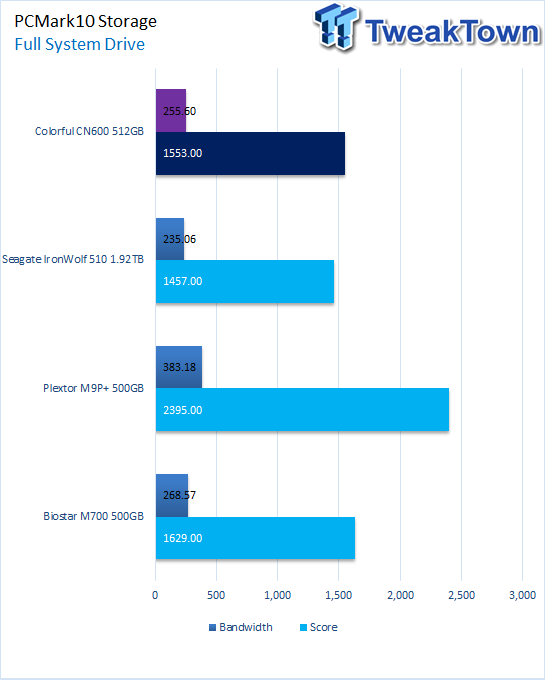 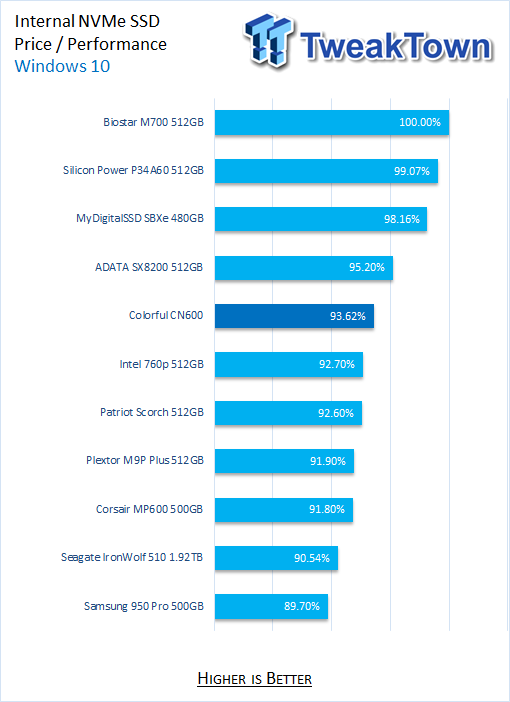 As far as price/performance goes, the Colorful wasn't too bad at all, with a score of 93.62%.

Knowing very little about Colorful with this being my first product tested, I would say they have gone and built a rather solid drive. Build quality seems to be on par with many other entry-level solutions that use the SMI 2263XT/ Intel 64 layer combination.

Rounding this drive out is the MSRP, which comes in a bit heavy for a DRAMless 512GB solution at $85. This is quite a bit more than comparable solutions like the Biostar M700 that uses the exact components but comes in $35 cheaper with a $49.99 MSRP.

Colorful has a decent entry-level drive on its hands, but the price is just too high in the current market.