Amped Wireless' Apollo Pro has tons of features including some of the longest range, but that can't mask its lack of onboard storage or rather high price tag.

Amped Wireless isn't known for their prowess in the Wi-Fi camera market, but they do know a thing or two about long range Wi-Fi. For years, they have been producing routers, extenders, adapters, and accessories enabling the consumer to push the limits of range with their Wi-Fi solutions. So, it's only right they take a stab at a market that could use some long-range products, and that's exactly what the Apollo is here to do.

To start things off, we were sent the Apollo Pro, the higher-end model of the two cameras recently launched. This model has only a few differences from its non-Pro counterpart, and that starts with the viewing angle at 110 degrees. Additionally, the Pro has a 2-way microphone and speaker setup while the non-Pro includes just a microphone and 80-degree viewing angle.

Other specifications include 900mW of power coursing through a 3.5dBi antenna making claims of 3x the range of a standard camera. We also have an array of IR LEDs for night vision and a 720p HD sensor. 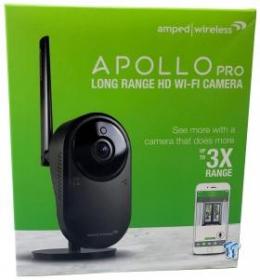 Packaging is quite good for the Apollo. The front carries enough to reel you in and make you check out the specs. 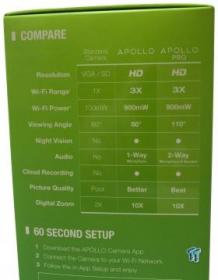 The spine of the box gives a full list of specs along with a comparison to standard VGA cameras. 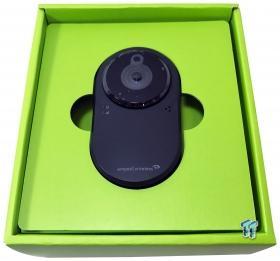 Opening the box, I was greeted with a rather welcoming experience. The camera was placed neatly in its place. 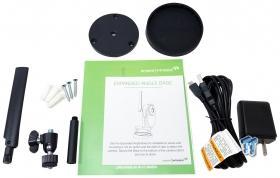 Pulling everything out of the box, we have the antenna and mounting materials on the left and the power adapter to the far right. 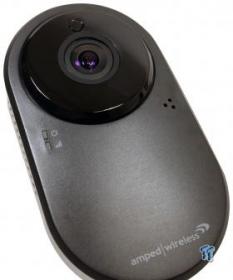 Looking at the camera, we have a light sensor above the lens and microphone placed below. To the left are power and Wi-Fi LEDs. 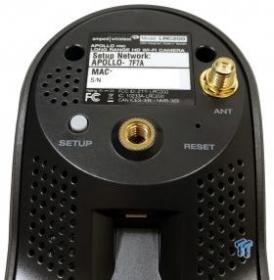 The backside has the mount for the included stand, the antenna connection, and setup button. Underneath the bottom lip, you can just see the micro USB power connection. 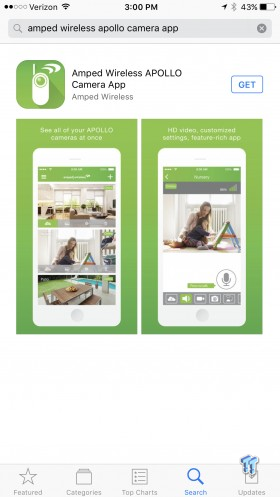 Amped promises a simple 60-second setup process, and that starts with the app above. 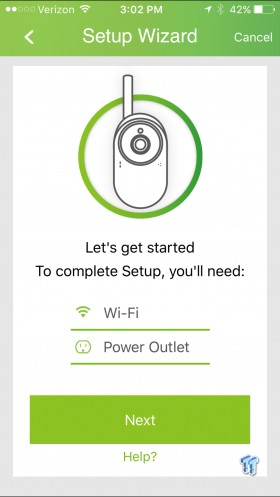 To begin installation, you will need to create an account with Amped as this device does not have onboard storage but rather stores it all in the cloud. After you have your account in place, we start setup above by plugging in your camera. 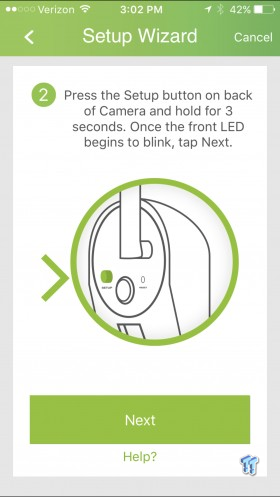 We then move onto using the setup button on the back of the camera. 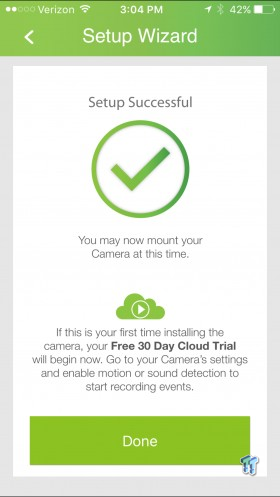 Following the on-screen prompts, there are just a few steps including picking your network and naming your camera before it's done and ready to use. 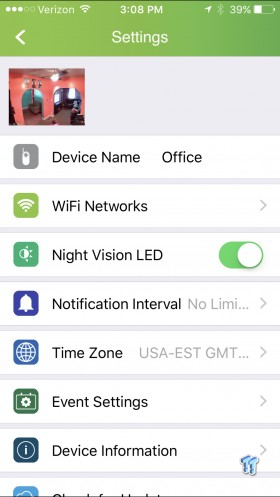 The app does give you control of some settings including name, network, and control of the night vision LEDs. You can change your time zone and your cloud storage plan further down the menu. 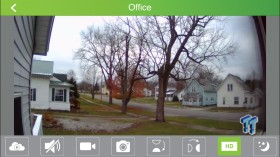 Image quality in low light situations as seen above is decent but not the best. We haven't really had a sunny day here for a couple of weeks but moving the camera inside does produce a better image. Within the view, you can use the two-way audio function on the left side, along with recording and snapshot features. To the right, you can choose to increase bandwidth with HD video and choose the mode of the camera between auto, night, indoors and outdoors.

Amped Wireless first take on what they think a Wi-Fi camera should be is quite good but it does have a few concessions that need to be made. Before we get into that, let's talk quality. For anyone that has had a product from Amped, the Apollo Pro will not let you down. The plastics are top quality as is the fit and finish of the camera and the included accessories allow you to have your camera setup in no time.

As for performance, well, I found their claim of 3x more range plausible. I could get to the end of my property with this camera which is about 70ft from the router in my home. Even if that is as far as this camera could go, it's quite a feat, to say the least. The app was quite good - I had no issues setting up this camera and certainly had everything ready to go in the 60-second setup window promised.

On the downside, this camera only offers cloud storage. For those that take privacy to the highest, this will certainly be a deal breaker, but Amped does have a unique take on cloud storage as well. The default plan that you get for free with the camera allows for 50 events to be saved before the first is erased to make room. You can choose to upgrade this at any time with a plethora of paid options available.

Overall, Amped Wireless has done fairly well with the Apollo Pro. It does have a solid amount of range, but that will come at a price with its MSRP sitting at $179.99.

The Bottom Line: Amped Wireless' Apollo Pro has tons of features including some of the longest range, but that can't mask its lack of onboard storage or rather high price tag.