If you're in the market for a fitness tracker, you simply can't do any better than the upgraded Fitbit Charge 2. It serves as a greatest hits package of the best features from the entire Fitbit line - plus some extras.

While some tech blogs have expressed criticism towards the company for not fully embracing the smartwatch revolution, there's no doubt that Fitbit's strategies have served them very well. In stark contrast to both Microsoft and Apple who've only managed single digit market penetration with their wearables, Fitbit now commands over a quarter of the entire marketplace, while also fighting off a litany of other established names like Nike, Garmin, and Jawbone.

Rather than focusing on a one-size-fits-all device, Fitbit has continued to concentrate on providing a range of excellent, user-friendly features via a variety of different devices and price points which have popularized the wearables industry for the masses and made the company's name synonymous with fitness trackers across the world.

Peaking early, Fitbit found breakout success with early 2015's Charge HR which was lauded with solid reviews (including ours) and particularly strong sales. But nearly two years is a long time in tech, so what has the company brought to the table for its much-anticipated replacement? Let's jump in. 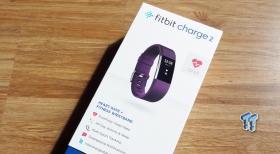 Based off its design alone, it's pretty clear that Charge 2 is more of an evolution than a revolution, with little to differentiate from its older sibling. But that's not a bad thing. Featuring the same flexible elastomer band (and its checkered pattern), silver watch band clasp and a lone physical button, it's in the significantly increased size of the OLED display panel which separates it. Thankfully, the monochrome screen is as bright and easy to read as before, although a stronger scratch resistant coating has been applied, which results in more light reflection than before.

The company has taken advantage of the extra screen real estate, providing much more scope for personalization, be it multiple clock watch faces or combinations of data which can be shown at any given time. Rather than pressing the button multiple times to toggle through your current stats, up to three features can be viewed on screen at any given time, which makes for a massive improvement in overall usability.

I opted for a combination of current time, steps taken, and heart rate. Smartphone notifications have been expanded too, with the Charge 2 capable of transmitting calendar and call notifications, as well as text notifications from Google Hangouts, Facebook Messenger, or SMS text. In an odd limitation, you can only engage one of these platform options at a time, which sucks if you wanted to have a combination of messenger and SMS. 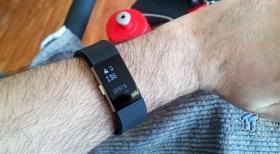 While the tracker drops the 'HR' moniker from its name, don't worry because the higher-end 'Pure Pulse' heart rate monitor is back in action. In the same manner, as before, two low-intensity green LEDs continuously pulse on the surface of the skin and detect blood volume changes in your capillaries, which serve to provide a good indicator of heart rate. While some users complained of inaccurate results during high-intensity workouts with the predecessor model, I had no such issues before and neither do I now. Only in the sweatiest of workouts did the monitor ever lose tracking, but I'm pretty confident in the accuracy of its calculated average.

This year's model is also equipped to measure your cardiovascular fitness level using a cut-down version of V02 max, which traditionally involves sticking tubes and sensors on a subject while on a treadmill (you might have seen it in a few movies) and gives an indicator of overall cardio fitness. While the jury is out on its cut-down application here, the company says they're pretty confident in their internal tests. Plus, the app was kind enough to inform that my fitness level was 'good,' so who am I to argue with that?

Feature wise, Charge 2 is a greatest hits package of what's come before, not only bringing across all of the features from the Charge HR but also borrowing from the best updates to more recent (and even higher-end) models. This time around, you'll find 'Connected GPS,' so you can map your bike ride or run. 'Reminders to Move,' which encourage you to reach an hourly step target if you've been sedentary for too long, and 'Multi-sport Mode' shortcuts, so you can log what activity you're about to engage in and then easily retrieve the data afterward. But if you forget to start the activity, the 'SmartTrack' will automatically do it for you, and take an educated guess at what activity you just performed. The brand new 'Guided Breathing Sessions' feature aims to help bring your heart rate back to a resting rate after a workout, but I found it a bit esoteric for my liking. Of course, your mileage may vary. 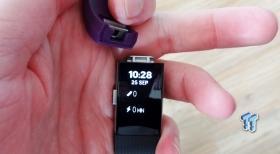 For those that like to bling their accessories a bit more, Fitbit has responded to demands and redesigned the watch to allow for user-replaceable bands. Naturally, they're all available to purchase separately, but if you want to change up the color to reflect your mood or sport, now you can go for it. There's even a luxurious leather option on the way if you're looking for something a little fancier.

Of course, the solid hardware is naught if not backed up by equally strong software, but regardless of whether you are on iOS, Android, or Windows Mobile, you're going to have a very good experience, with rock solid stability. For everyday data, the app does a great job of displaying the most pressing vital stats and also give control over a range of band settings, while the web platform provides access to a much broader suite of statistics and interactive graphs to illustrate your health progression. Initial setup is quick and painless - syncing the band occurs in moments. In short, the integration of hardware and software here is the very model of how it should always be, but invariably isn't! 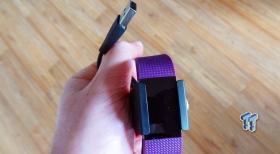 While I've never liked wearing watches, I've become very accustomed to wearing the Charge HR for well over a year, and Charge 2 features the same level of comfort. After a rigorous workout, be sure to lightly wash the band with running water and dry completely to avoid any potential irritation, but do take note that the tracker is listed only as splash-proof - not fully waterproof. Fitbit's claimed five-day battery life wasn't quite borne out by my tests, but I did get a pretty respectable four days. Unfortunately for those upgrading from a previous model, the company has once again changed the USB charging cable. That said, this new design is a bit more solid, utilizing a clamp mechanism to keep the tracker in place, so it doesn't disengage while charging.

As an everyday health companion, there's no doubt in my mind that the Fitbit Charge 2 is without peer in the market today. While the added features seem initially scant compared to last year's model, the upgrades throughout represent a marked improvement in usability and performance over what was already a very good device. While it doesn't come with a color screen or additional smartwatch-style features, if we're talking about sheer bang for the buck, you simply can't do better. As I mentioned at the outset, there's a whole lot of competition for this relatively new wearables segment, but in our view, it's obvious why Fitbit continues to lead the pack. 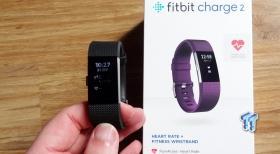 The Bottom Line: If you're in the market for a fitness tracker, you simply can't do any better than the upgraded Fitbit Charge 2. It serves as a greatest hits package of the best features from the entire Fitbit line - plus some extras.