Fitbit's second attempt at a smart watch is a solid, better looking product which shows that the company is listening to consumer demands. But, the gaps in its app gallery are much harder to defend a second time around, and needs to be resolved fast.

After shedding the closed software environment that catapulted them to market leader status with last year's Ionic, Fitbit showed they were finally ready to step up and go head to head against Apple in the burgeoning smart watch segment. While it was a decent start, it proved just how much work the company still had to do to catch up to Cupertino. So how exactly does Versa, their second attempt at on a smart watch stack up? 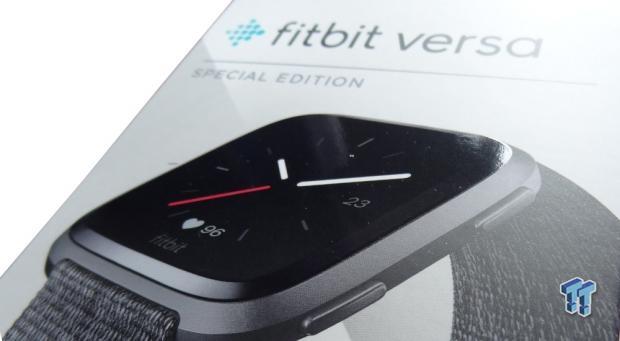 While there's little doubt that Fitbit has earned their market-leading fitness tracker position, with annual hardware iterations and a steady stream of software updates, last year's Charge 2 revealed a form factor that had seemingly reached the pinnacle of success and their first smartwatch, Ionic probably launched a little prematurely.

A few months on, Fitbit have taken a more considered approach with their second attempt, and with Versa have clearly decided to embrace elements of the competition.

Eschewing the square angles of the Ionic in favor of a more rounded design that Fitbit have dubbed 'squircle, Versa not-too-subtly mimics Apple's design sensibilities of with a 302ppi, 1.34" LCD panel that can illuminate around 1,000 nits. Like its predecessor, Versa's OS is navigated through a range of tactile and on-screen buttons which require a few days to properly master. 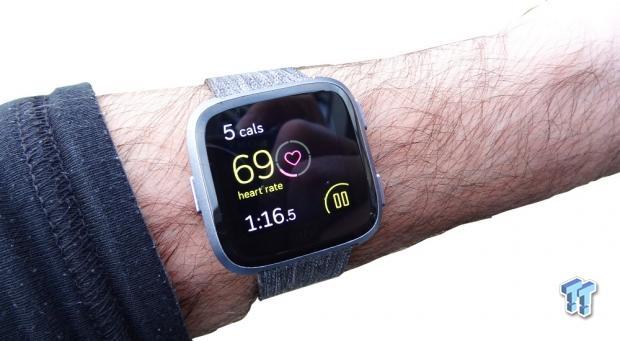 If you've become accustomed to the small monochrome display on other fitness trackers, Versa's display is undoubtedly a gorgeous upgrade, with an abundance of options to bring the most pressing options at the flick of a wrist - not buried under menus and multiple button presses. The display remains active during activities to provide live feedback such as heart rate and calories burned which makes concentrating on the workout at hand far easier.

Versa's core functionality is still focused fairly and squarely on fitness, with all the bells and whistles that you'd rightly expect, including a heart rate monitor, alerts, sleep tracking, altimeters and swappable bands and an impressive four to five-day battery life. There are flourishes, such as tethered GPS, NFC payments (unless you're located in the United States), as well as flash storage for music. Unfortunately, they're not always integrated well. 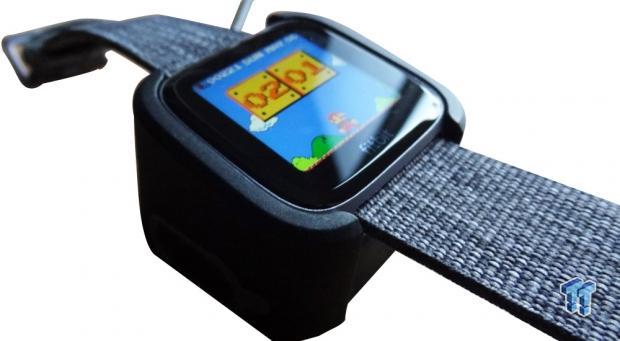 Thankfully, despite the smaller, thinner form factor, battery life hasn't taken a hit and still lasts around three to four days. On the surface, that's a great improvement from Apple Watch, but arguably since there's fewer apps to play with, it's only natural it would last longer.

Like the Ionic, Versa features a reasonable 2.5GB of onboard flash for local music storage, but the decision to double down on the same, infuriating transfer process makes the feature practically worthless. If an awkward combination of using the Fitbit app and Wi-Fi to sync the files wasn't bad enough, the process is slow, often stops repeatedly and often downright failed to connect. I really hope that Fitbit can find a way to make it work a little easier in future (perhaps a simple drag and drop USB transfer?) because at this point it doesn't. I understand that streaming via the Pandora app makes for a much better experience, but since the station ceased operating in Australia and New Zealand and I don't have a Deezer account, I can't confirm this for myself.

Despite all the tech, make no mistake - this is a fitness watch first and a smartwatch second. Fitness is at the core of everything that Ionic does. Herein lies the fundamental difference between Apple and Fitbit's approach to a smartwatch. Compared to Apple, Versa's apps all serve to support the core fitness functionalities - not the other way around. If you want a personal computer on your watch, this clearly isn't the choice for you. 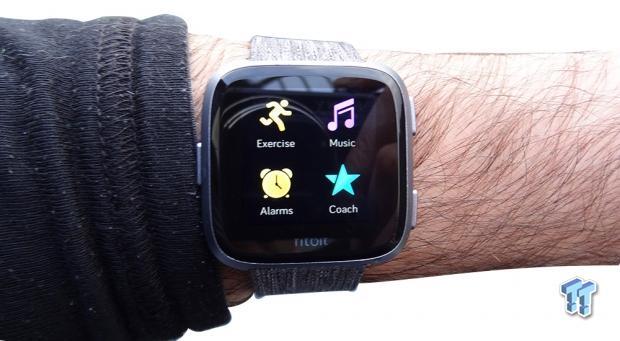 Of course, this approach is still the best thing for the company, since third-party app development is still significantly behind the competition. Sure, depending on your location, there's a small range of apps available, including Strava, Pandora and Starbucks, but there's an absence of any new, big name apps joining the platform since Ionic's launch. Of course, app developers will no doubt be waiting for a sizeable base before putting a whole lot of resources behind the platform, but Fitbit should probably look to subsidize development before it can reach that point. It's a chicken and the egg situation, but no less alarming for the future of the platform.

Faring better is the range of downloadable watch faces, which run the gamut of classy replacements, to pop culture characters. I particularly enjoyed the 8-bit Mario face, which, rest assured, has not been licensed by Nintendo. 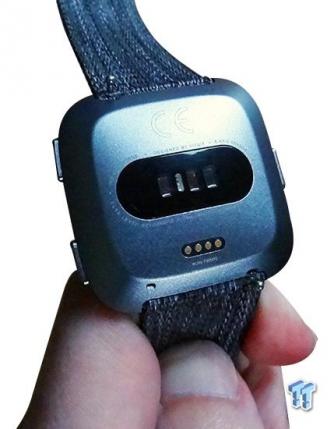 Anyone that's upgrading from a previous Fitbit will be familiar with the suite of mobile apps, and these remain the same. As with all models, these are well designed and basically faultless in operation. For everyday information, the app does a great job of displaying the most pressing vital stats, whilst the web app gives access to a much broader suite of statistics and interactive graphs to demonstrate the progression of your fitness, as well as to alter a range of watch settings. If you're really keen, you might want to give the water and food logging options a go, but that was a step too far for me.

Rather than market different size wrists packages, Fitbit has again bundled both small and large sizes in the pack, which probably makes life easier for retailers to stock just one model. I found the new method of connecting the bands to the watch very fiddly, with a sliding pin that's akin to threading a needle. As always, there's a range of user replacement bands available so users can tailor the Versa to your style, running the gamut of different colours, through to designer stainless steel options 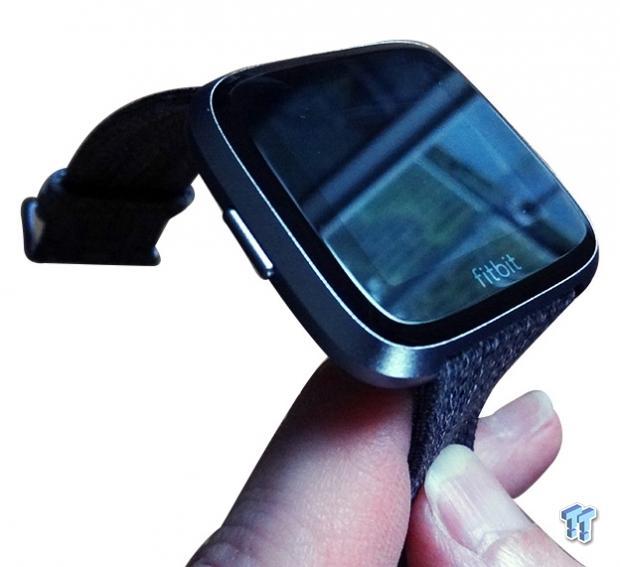 Versa shows that Fitbit is determined to continue with the development of smart watches, and it needs to stay the course for the future health of the company. In a number of ways, it shows that it's finessed the design sensibilities, with a pleasing new design, a crisp, clear and very responsive screen, a clean and uncluttered UI and great companion mobile apps are stronger than ever. If this is your first smartwatch, you could do worse, and if this is your first fitness watch, even better. But as it stands, there's very little reason right now to upgrade from non-smart watch Fitbits, and the lack of any new apps is a real worry for the platform.

I'm a huge Fitbit fan, but they're going to have to do a much better job at persuading developers to provide new apps and experiences for their platform. And I really hope they do it soon.

The Bottom Line: Fitbit's second attempt at a smart watch is a solid, better looking product which shows that the company is listening to consumer demands. But, the gaps in its app gallery are much harder to defend a second time around, and needs to be resolved fast.