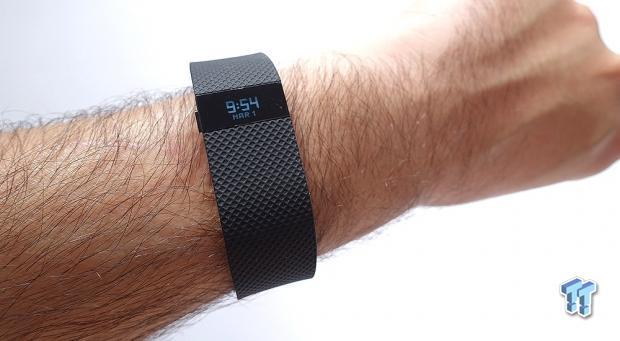 In just a few years, the wearable tech product market has exploded, with a variety of useful (and not so useful) devices, carving out a whole new industry and commanding lucrative consumer dollars. Leading the charge is the fitness tracker segment which has a range of new and established companies such as Garmin, Jawbone, LG, Samsung and Microsoft jostling for share in an increasingly busy retail environment. In Australia, Fitbit is the established market leader with a growing range of (currently) six models, which all feature a variety of advancing options. Whilst up until now they've mostly served as glorified pedometers, their latest device - the Fitbit Charge HR - promises to be a far more serious fitness trainer that just a mere step tracker. I spent a week rocking the fitness band to give you my verdict here.

In recent months, I've noticed the popularity explosion of these ubiquitous fitness bands, multiplying all over the arms of friends and family members keen to boast about their newest must-have. Still, I'd questioned their usefulness - does it truly matter if I walk 10,000 steps a day? Enter the latest model Fitbit; the Charge HR which comes with a game changing addition of an active heart rate monitor. Not only does it work beautifully, but it gives far more depth, relevancy and more importantly, accuracy to the seemingly endless stream of statistics that it captures.

In a fairly small and non-descript black band (more colours coming soon, I'm told), the Charge HR comes packing a solid amount of tech, even if hardly sets the world on fire with cutting edge science. At its core, the Charge HR employs the same MEMS 3 axis accelerometer used in many competing bands, which provides much of the core functionality of the band, including steps taken and distance traveled (note there's no GPS on board) with excellent accuracy. An altimeter keeps tabs on your height, with each incline of 3 metres counting as a floor.

The single line, monochrome OLED display is bright and easy to read, albeit small and admittedly unimpressive, but it does help to keep the device to a slim figure and it does include some useful features such as a clock, (with a number of face options) alarm, and incoming call notifications from your Bluetooth equipped smartphone with a gentle vibration. Cycling through the options give you quick access to the step count, your heart rate, calories burn count, distance travelled and floors rose. Users can elect to skip, or change the order they appear via the desktop app. 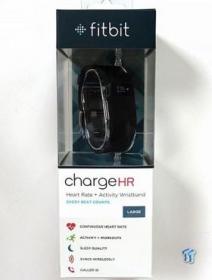 The heart rate monitor, which Fitbit dubs 'Pure Pulse', works particularly well, utilizing two low intensity green LEDs, which constantly pulse on the skin to detect blood volume changes in your capillaries. I was very suspicious that this functionality simply wouldn't work as advertised, but a comparison to a range of professional health devices and a good old fashioned pulse check confirms its accuracy beyond doubt. Very occasionally during high intensity workouts, the monitor will be unable to gauge an accurate figure, either due to the accumulation of sweat or centrifugal force from your arm flailing around, but the Charge HR will simply extrapolate the data from either side of a successful reading and render an estimate.

Somewhat less impressive was the altimeter function which employs a barometric pressure reading to calculate incline, which led to the award of an extra 15 storeys, while the back seat passenger on a four hour country road drive. The sleep monitoring function is eerily accurate (down to the minute I dozed off), but I'm unsure how useful the information is other than an interesting, yet ultimately useless statistic. How can you really control the internal and external forces which dictate your quality of your sleep? 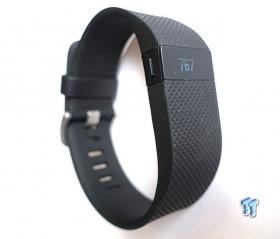 For someone who has never worn a watch due to irritability, I found the Charge HR surprisingly comfortable and unobtrusive, although some TLC is required. Washing the band in light water and drying after a rigorous workout comes highly recommended. I can report I suffered none of the widely publicised 'arm rash' problems, which I understand is predominantly only affecting those with a pre-existing allergy to the elastomer material on the band.

Equipped with low voltage Bluetooth 4.0, the Charge HR syncs to your smartphone or via the supplied USB dongle and both worked flawlessly in tandem. Whilst there are some slight variances in the iOS and Android apps, both are excellent (with the edge slightly to iOS), and enjoy rock solid stability. For everyday information, the apps do a great job of displaying the most pressing vital stats, whilst the PC app gives access to a much broader suite of statistics and interactive graphs to illustrate your health progression, and also alter a range of band settings. I didn't particularly care for the water and food logging options, the latter of which is particularly geared to the US market, but those prepared to invest the time to dial down to calorie counting and portion control can try their luck. 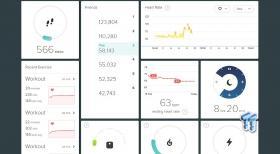 In light of the claim of the promised "five plus days" of battery life, I was slightly disappointed that I could get little more than three and a half, although charging is rapid at under two hours via USB or a smartphone/ tablet wall socket 5V USB adaptor. 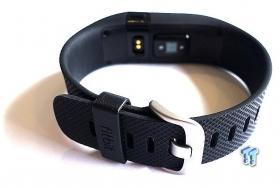 As a health companion, the Fitbit Charge HR is an excellent choice for those looking for a little encouragement to remain active during the day, or to lose weight and stay fit and healthy. Naturally, the Fitbit can't do the work for you - you'll only get the results you want by employing its encouragement, but the band serves as an ever present, yet gentle reminder to walk a little bit farther, work a bit harder, and be more mindful about what you eat - and maybe it will even get you taking the stairs, instead of the elevator. There's no doubt room for Fitbit to add and improve features in future models, but for now, the Fitbit Charge HR is a fantastic little unit that I highly recommend and will adorn my arm for a long time to come.

PRICING: You can find the Fitbit Charge HR Wireless Activity Wristband for sale below. The prices listed are valid at the time of writing but can change at any time. Click the link to see the very latest pricing for the best deal.

The Bottom Line: The Fitbit Charge HR belongs at the top of the fitness band market, with an excellent range of features that for the most part, work flawlessly.