All NewsBusiness, Financial & LegalCases, Cooling & PSUContests & GiveawaysCPU, APU & ChipsetsDealsDisplays & ProjectorsGamingMotherboardsScience, Space & RoboticsStorageVideo CardsVirtual & Augmented Reality
All ReviewsAll ArticlesAudio, Sound & SpeakersCases, Cooling & PSUCPUs, Chipsets & SoCsComputer SystemsDisplays & ProjectorsGamingMotherboardsNetworkingPeripheralsRAMStorageVideo Cards
GuidesGamingAsk the ExpertsNewsletterAboutForums
RTX 3090 TiRTX 4090Diablo 2GTA 6Halo InfiniteElon MuskRTX 3080HDMI 2.1
Online Video
COMPUTEX TAIPEI 2008 During Day 1 of Computex we got a chance to sit down with Intel in its hotel suite and get a one on one look at the progress of its forthcoming Nehalem processor. 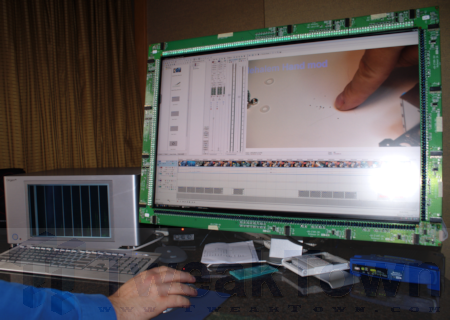 From what we saw today, we think things are progressing just nicely. Intel setup a Nehalem demo system but we weren't told what clock speed it was running. It did have a pair of Intel's 80GB SATA-II SSD drives in RAID 0. Intel demonstrated the speed of Nehalem and SSD in RAID 0 by opening various applications under Vista and even if they were cached in local memory, everything that was click popped up instantly almost with no delay - responsiveness was amazing. 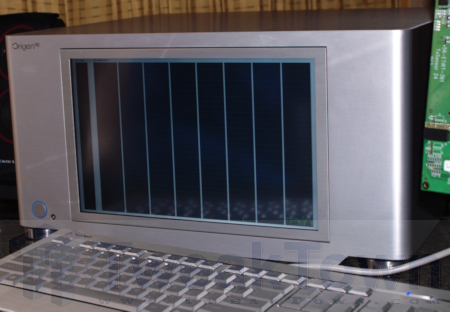 To demonstrate the raw power of Nehalem, Intel first started encoding raw HD footage into 1080p Blu-ray format and while we didn't get any numbers, it handled it without a sweat at all and was on track to complete in record time with solid CPU utilization over all eight threads.

Next up we got a look at a program called Deep Viewer which brings a new way at how we could be looking at old photos in the not so distant future. Intel had a monitor setup with touch capabilities and were showing off how Nehalem handled accessing and processing huge amounts of data in terms of photos and mapping in real-time. 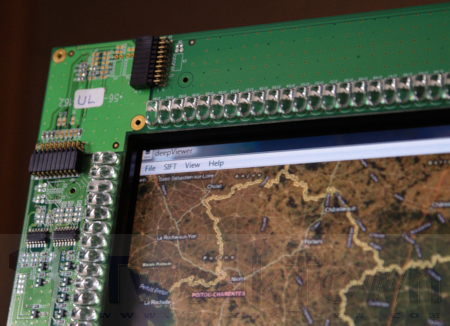 We made a video and uploaded to YouTube for all to view - take a look, it's pretty damn cool actually.

While Intel did not mention anything about clock speeds to us at all, word from other press around Computex is that it could be running at 3.2GHz and it could be ready to rock and roll sooner than expected but you didn't read that here.