A team of researchers has designed a drone that they claim can stay airborne "forever", according to a recent report from The South China Morning Post. 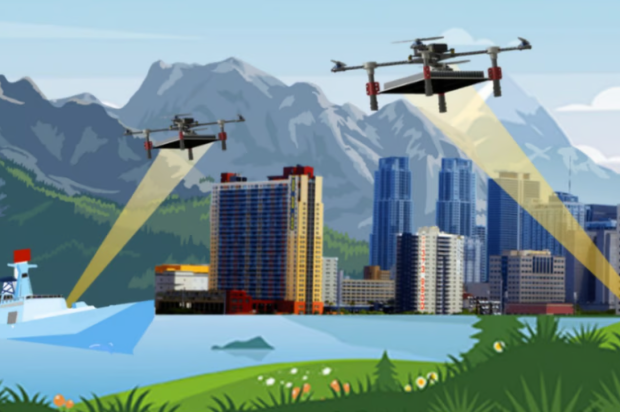 The team of researchers is from Northwestern Polytechnical University located in China, and according to reports, the team has designed a drone that uses high-energy laser systems to continuously charges its battery. Engineers outfitted the drone with a photoelectric conversion module which converts light energy into electricity that is then fed into the drone's battery pack.

"Highlights of the research are 24-hour intelligent vision tracking system and the autonomous long-range energy replenishment for ODD," the team wrote.

Additionally, the tested system included automatic dynamic laser intensity tuning, which was successful in increasing and decreasing the laser intensity based on the proximity of the drone relative to the laser system.

Researchers reported that the system successfully increased laser intensity when the drone was at greater distances and decreased intensity when it was closer. Furthermore, the team behind the project reported details of a protection algorithm that is designed to adjust the laser beam's intensity when an object gets in the path of the laser.

Notably, the team didn't reveal any specific details on how far the laser system is capable of reaching and how much it costs to keep a high-energy laser beam running over the course of a day. However, the team believes this technology could be used for covert military operations, traffic control, security, rescue in disaster-stricken environments, and contactless logistics.