Sycom has just announced its new GeForce RTX 4090 and GeForce RTX 4080 graphics cards, with some AIO cooling and a built-in spirit level, if that's your thing.

The Japanese custom PC maker has used a virtually identical cooler to the MANLI Gallardo range of GeForce RTX graphics cards, where it even has the same logo... but with the same cooler, Sycom has used a built-in spirit level and AIO cooler with some Noctua fans attached. 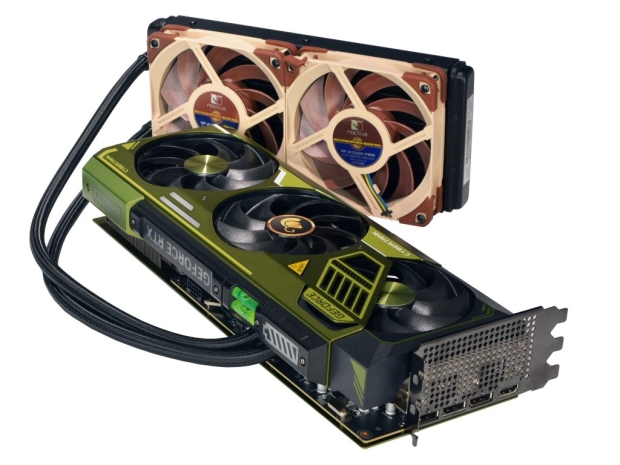 Sycom has replaced the GPU vapor chamber with an in-house AIO liquid cooling kit that is attached to an external radiator, but it doesn't match the style and aesthetics of the graphics card itself, which is kind of disappointing.

The Japanese custom PC maker is using their semi-custom design inside of their pre-built G-Master Hydro gaming PCs, where customers can choose between NVIDIA's new flagship AD102-based GeForce RTX 4090, and the second-fastest Ada Lovelace-based GPU in the AD103-powered GeForce RTX 4080. 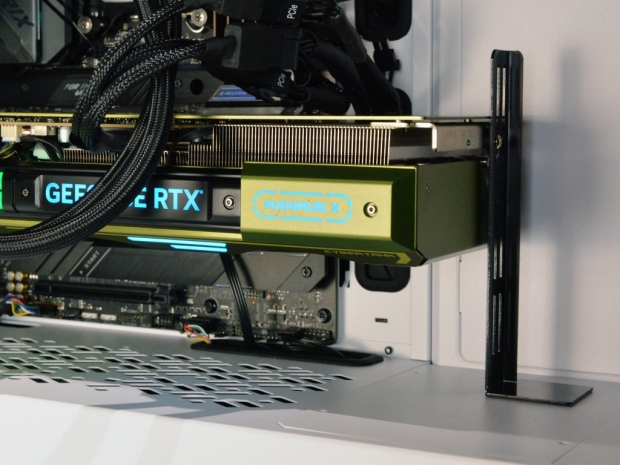 As for the AIO cooler, Sycom is using an Asetek Hybrid GFX 240mm water cooling unit and 2x Noctua NF-A12x25 ULM fans, with the company noting that by using the standard triple-fan cooler as it is, at peak the temperature is around 10C cooler than the default air cooling solution. Sycom also notes that the temperatures has dropped by 15% on the card, and with the use of the AIO cooler it will not bend the GPU and sag under its own weight. 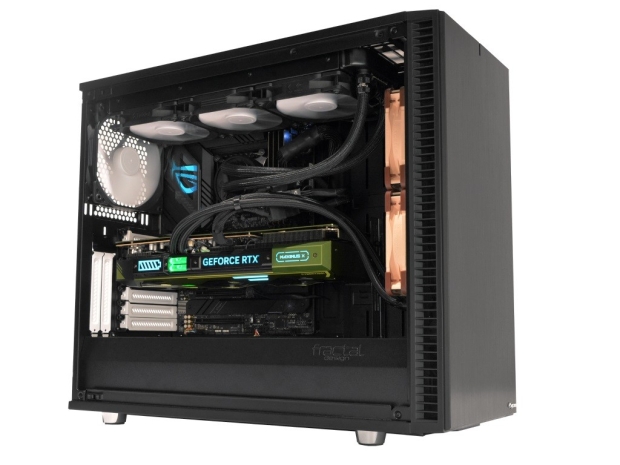 It's unfortunate that most people won't be able to buy Sycom's new GeForce RTX 4090 and GeForce RTX 4080 graphics cards in more countries, but let's hope that changes.