Intel's new NUC 13 Extreme "Raptor Canyon" PC is out in the wild, where it has been tested with NVIDIA's new flagship GeForce RTX 4090 Founders Edition graphics card... and man, what a combo it creates.

Inside, Intel ships the NUC 13 Extreme "Raptor Canyon" SFF system features an Intel Core i9-13900K processor with 24 cores and 32 threads of Raptor Lake CPU power, and an ASUS TUF Gaming GeForce RTX 3080 Ti graphics card. Now, the GeForce RTX 3080 Ti isn't a performance slouch, but upgrading to the GeForce RTX 4090 inside of a system this small is a force to be reckoned with. 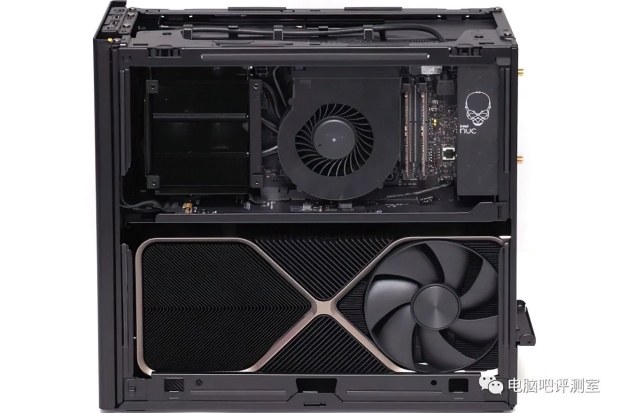 We already know that the Intel NUC 13 Extreme supports a triple-slot graphics card, but the chunky GeForce RTX 4090 Founders Edition is truly something else. You've already got 32GB of DDR5-4800 from Kingston, and 3 x M.2 SSD slots for some super-fast storage, which can be backed up by a 2.5-inch SATA drive for more storage capacity if needed.

Intel's flagship Core i9-13900K has PL1 and PL2 set to 150W and 250W respectively, so you've got some truly desktop-worthy CPU performance that can be tweaked through the NUC Control Center. You can adjust your settings into a 120W energy-saving mode, as well as a 160W overclocking mode that should get those acoustics under control. 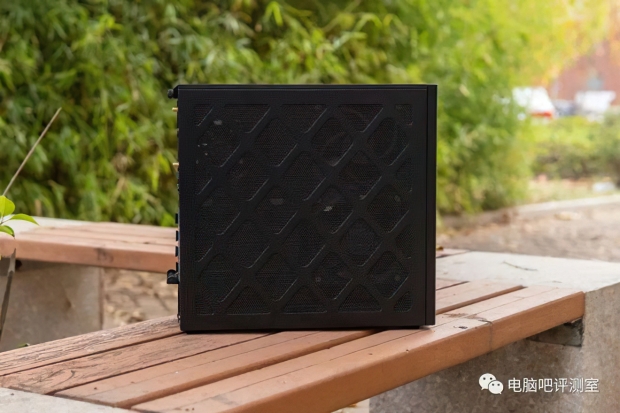 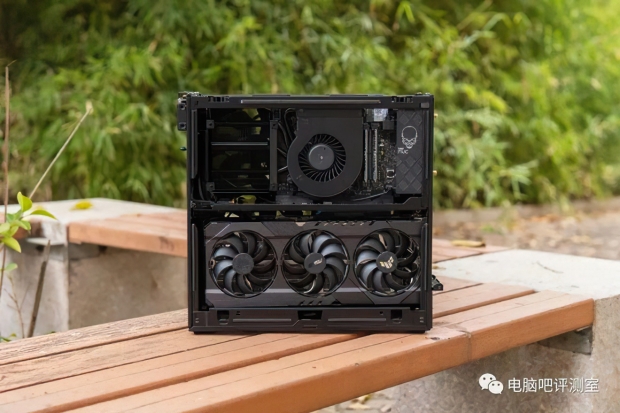 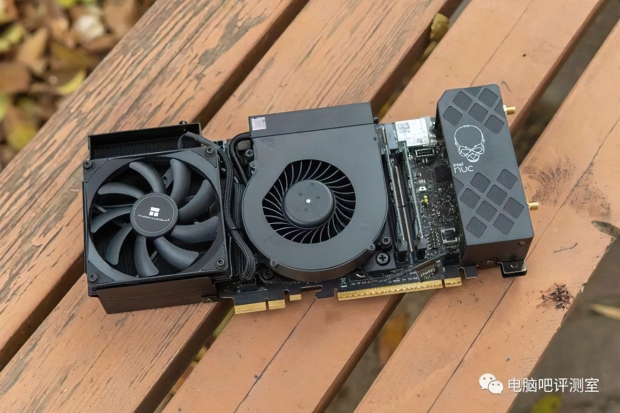 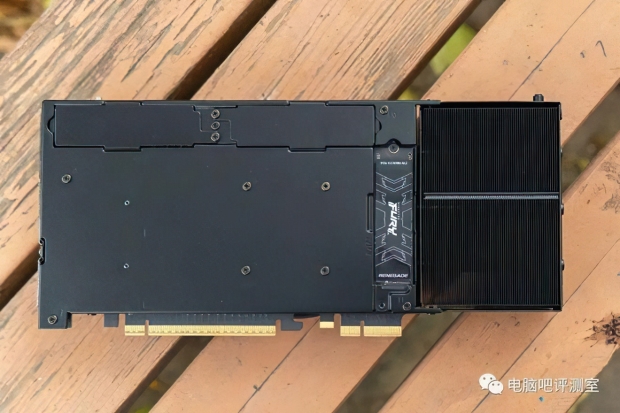 PSU-wise, the new Intel NUC 13 Extreme "Raptor Lake" SFF system features an FSP 750W system, but that's not enough for the GeForce RTX 4090... so if you want to tweak your new SFF system, you can... installing a beefier, more capable PSU that can handle the AD102-powered GeForce RTX 4090 graphics card. 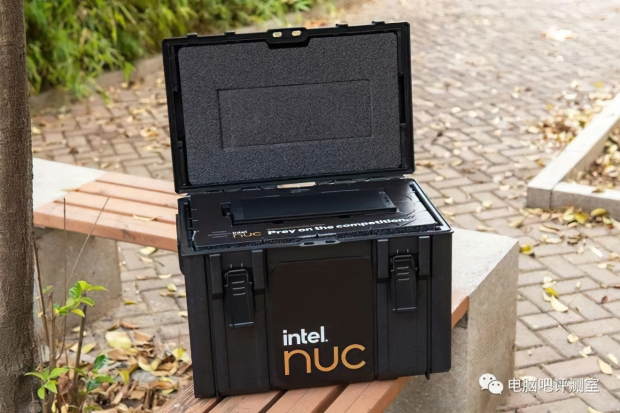 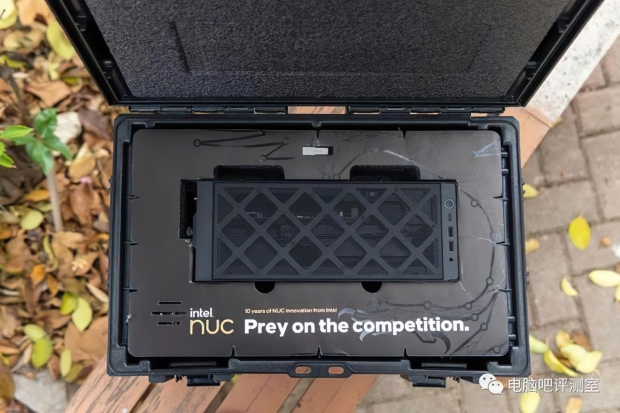 Another note is that users will need to ensure their GPU isn't using more than 450W, especially if you were using the stock 750W PSU that Intel uses from FSP inside of the new NUC 13 Extreme PC.

Thermal results are decent, with the Intel Core i9-13900K running at up to 85C, while the GPU runs at up to 67C in the thermal-destroying Furmark.

The new Intel NUC 13 Extreme can be configured with a monster Intel Core i9 processor offering 8 P-cores and 16 E-cores (32 threads of CPU power in total) at up to an incredible 5.8GHz max Turbo CPU frequency. Inside, the new Intel NUC 13 Extreme supports up to 64GB of DDR5-5600 SO-DIMM memory, a full PCIe 5.0 x16 slot that supports up to a huge triple-slot, 12-inch-long graphics card.

Brian McCarson, Intel Vice President and General Manager of the Intel NUC Group explains: "This year marks the 10-year anniversary for our impressive lineup of Intel NUC products, and the Intel NUC 13 Extreme (code named Raptor Canyon) is an excellent representation of how far we've come. Our first ever NUC demonstrated a breakthrough in the miniaturization of a small desktop PC into an ultra-small PC form factor".

He continued: "While much larger than our tiniest mini-PC, our latest Intel NUC 13 Extreme sets a new bar for how to pack stellar gaming performance in a form factor that is 70% smaller than a typical 50L gaming tower. Along with the epic performance you expect from an Intel NUC product, we also deliver exceptional product quality and feature density in a completely modular and customizable design".