Sony is reportedly working with NCSoft to develop a new online game based on the Horizon franchise, sources have told Korean news network MTN. 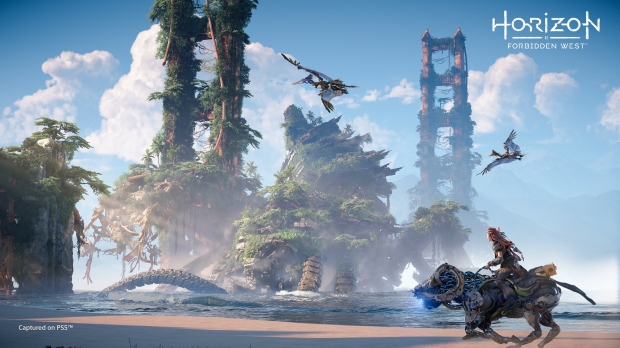 Sony is shifting its focus to live service games and is currently working alongside some of the best online developers in the business, including Bungie, who it recently acquired for $3.7 billion, and external worldwide partners. One of these partners is reportedly NCSoft, one of the best live operators in the business.

According to Korean news media, Sony has entrusted the development of a new MMORPG set in the world of one if its best-selling PlayStation 4 franchises, Guerrilla Games' Horizon series. The game is codenamed Project H and is currently in active recruitment phases. It is unknown when the game will be ready, but this is likely the co-op project that was previously rumored.

With decades of expertise in live games and MMORPG management, NCSoft is a fantastic partner for Sony's endeavor, and the studio has an impressive track record of earnings--NCSoft's top 5 franchises, including Lineage, Guild Wars, Blade & Soul, and AION, have earned a combined $13.5 billion in lifetime revenues.

Neither Sony nor NC Soft have confirmed the news and we may not hear about the project for some time. Sony expects to release 12 live service games on the market by 2025, and other projects include: