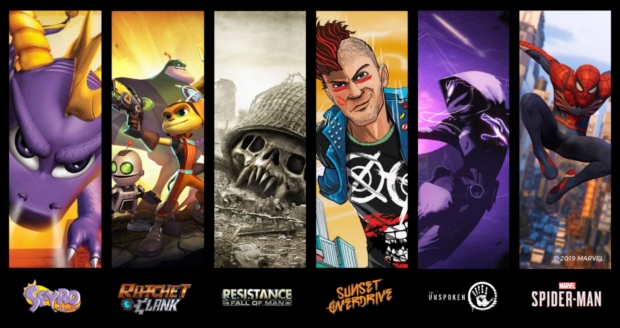 While Guerrilla Games, the devs behind Killzone, double-down on Horizon Forbidden West, it looks like Insomniac could be making PlayStation's next big multiplayer game. A new Systems Designer job listing at Insomniac directly mentions multiplayer:

"Insomniac Games is searching for a rockstar Systems Designer with experience in multiplayer games. This role is responsible for overseeing and executing on many aspects of the game including, but not limited to, multiplayer features, mechanics, and systems design, as well as helping to determine the conventions, processes and practices used to create the product."

The role is quite comprehensive. The systems designer would help create everything around the multiplayer project including in-game economies (progression, microtransactions, etc) as well as combat.

This is somewhat of a departure for the studio. Insomniac traditionally focuses on singleplayer projects, and the last three big PS5 games the studio has made have all been SP titles--Spider-Man Remastered, Spider-Man Miles Morales, and Ratchet and Clank Rift Apart.

The next game could likewise push the PlayStation 5 to its limits. Insomniac recently said it was astonished by the PS5's power and the devs have made big breakthroughs in console tech optimizations including 60FPS with ray tracing enabled.

In a recent Twitch stream, Insomniac developers said they have "multiple teams working on multiple games" at any given period of time. This project could be separate from the new Spider-Man sequel and the team is also hiring a new Creative Director, possibly for the MP game.

Gamers speculate this new game could be a Sunset Overdrive sequel but nothing's been confirmed yet.