Bungie is working on two big projects right now: Destiny 3, and a new IP with Borderlands-esque humor. Now we have more details on this mysterious new IP. But to get a better idea of what's going on with Bungie, we have to take a look at a specific timeline of events. 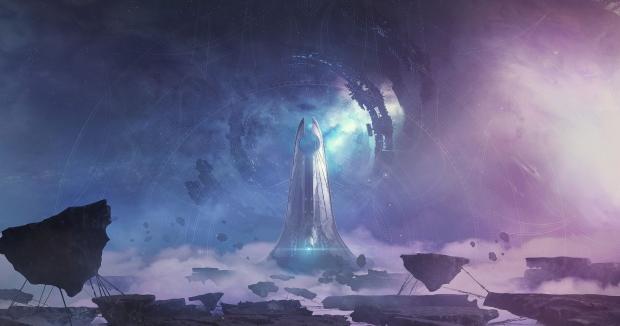 Back in 2018, after it split with Activision and morphed into a developer-publisher, Bungie trademarked something called Matter. Everyone thought Matter was the name of Bungie's new IP.

Not long after the Activision split, Bungie received a huge $100 million investment from NetEase to fund their "bold new vision," which includes publishing and developing their own games, as well as branching off to other projects besides Destiny.

Since then Bungie has confirmed new franchises will be out by 2025, probably including this new IP.

An October 2019 job listing for a server engineer also confirmed their next big AAA game would have live services, but this could be Destiny 3, and not the new IP. Still though there's clues the IP will likewise be online-based.

Now a recent Bungie job listing gives us even more clues on what to expect.

The IP, which is in early incubation phases, is likely an online-driven RPG. The listing calls for a designer skilled at designing and implementing item-based systems and digital economies. The way it's worded sure sounds like an MMO-style experience complete with trading and fluctuating economies.

Here's what the job listing says:

Bungie is seeking a highly technical, creative, and team-oriented Investment Designer who is excited to help us build our next great IP.

You are the glue between the sword and the reward. You will work in tandem with our sandbox and economy teams to build and distribute items to our players. Living inside a giant database of hundreds of baubles, weapons, and armor is nothing new to you. And neither is building a system to cleverly distribute those items in a necromancer's dungeon.

Bear in mind this game is in early development and Bungie has yet to announce the game. But they've certainly given lots of clues on what to expect.