Sony has revealed the final details of its PlayStation VR2 headset, including price, launch date, and available games. 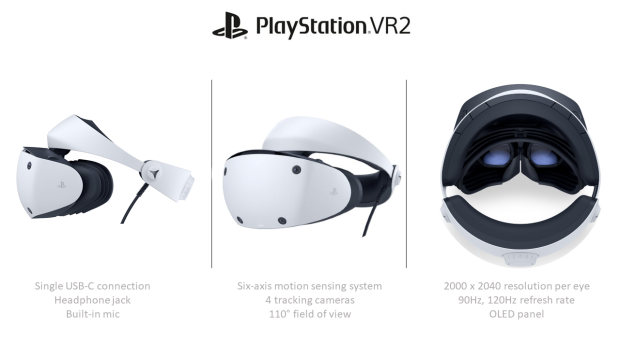 The new PlayStation VR2 headset will cost more than an actual PS5, Sony has announced. The PSVR2 headset will retail for $549.99 / €599.99 / £529.99 / ¥74,980, roughly $50 more than the disc-based PS5 model in North America. For comparison's sake, the original PSVR launched at $399, the same price of a retail PS4 model. The price reflects the headset's significant upgrades, chief of which is removing the snake's mess of cords from the original PSVR--this upgraded model uses a single USB-C cord to connect directly to the PlayStation 5.

The PSVR2 will release on February 23, 2023 but pre-orders will begin later this month on PlayStation's direct storefront. Users can now register for a chance to be invited to pre-order the headset.

Apart from the single USB-C cord and elimination of the PSVR's cumbersome breakout processing box, the biggest upgrades the PSVR2 offers are a new 2000x2040 resolution OLED panel with 90hz and 120hz refresh rates. Field-of-view has also been tweaked to 110-degrees and the headset has pass-through vision allowing gamers to easily see the real-world around them, as well as built-in tracking systems so a PS Camera is not required for play. 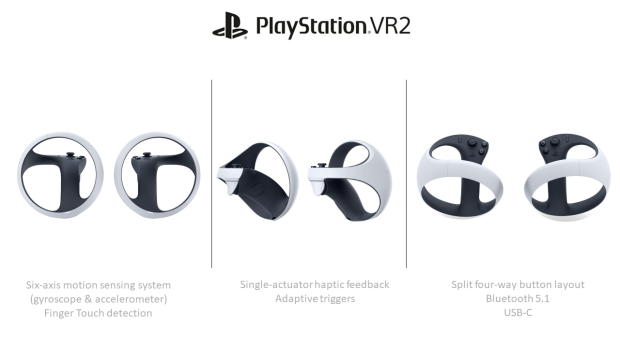 Sony will also sell a $599 bundle that includes Horizon Call of the Mountain, the new first-party PSVR2 game that should showcase the full capabilities of the new virtual reality platform.

Check below for more specifications and info on the PSVR2 headset: 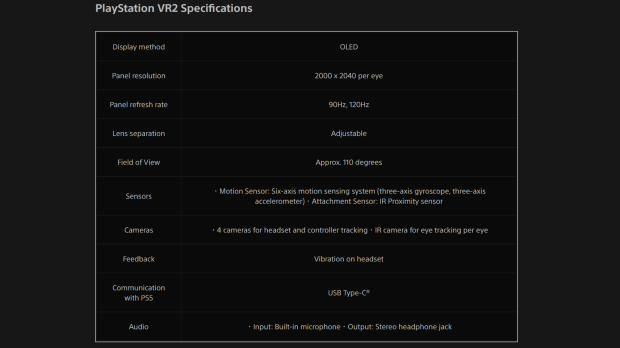 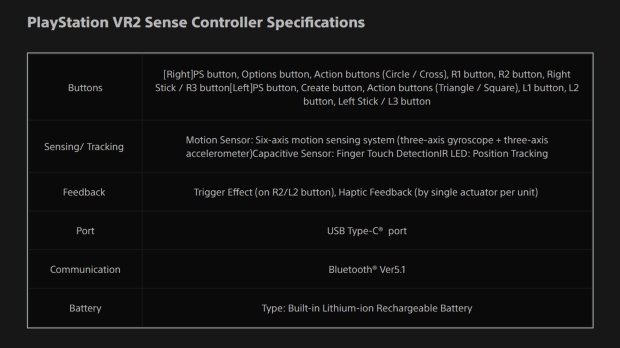