Elon Musk has certainly had an eventful 2022 with the SpaceX and Tesla CEO announcing that he's interested in purchasing Twitter, entering into a deal, attempting to pull out of the deal, then seemingly now following through with it, releasing his own fragrance, and oh, losing $100 billion. 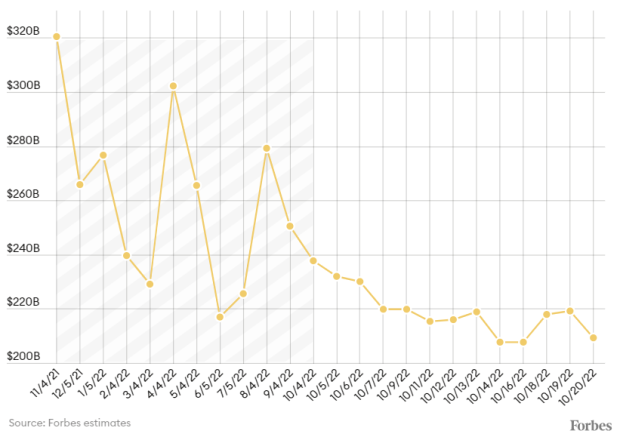 This massive reduction in Musk's wealth throughout 2022 can be attributed to many factors, such as looming concerns of a recession causing investors to hold onto their money, factory troubles related to COVID-19 shutdowns, and the Twitter fiasco that began in March. Musk has actually lost $110 billion in just 11.5 months, according to Forbes, which means that his total net worth has reduced by $301 million every day during that period.

In other Elon Musk news, the SpaceX CEO recently postponed the Neuralink "show & tell" event while also receiving a clap-back letter from Twitter staff that includes a list of demands they wish him to commit to once he takes over the company.