A group of astronomers has penned a newly published paper that details a mysterious object which currently doesn't fit into any academic definitions, hence its mysteriousness. 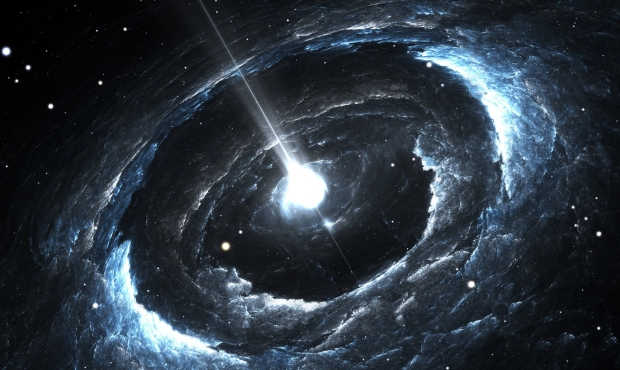 The study published in the scientific journal Nature Astronomy earlier this week details a very unusual neutron star that is believed to be the lightest known neutron star found so far. According to the paper, this particular neutron star has a radius of just 6.2 miles and a mass of 77% of the Sun, which is extremely weird because most neutron stars with a similar radius have a mass of 1.4 times the mass of the Sun.

Astronomers were left scratching their heads at their own observations, with team lead astronomer Victor Doroshenko of the Eberhard Karls University of Tubingen in Germany even going as far as to suggest that it could be a new type of star yet to be fully explored. Notably, neutron stars form after a supergiant star has gone supernova, with its core collapsing in on itself and all of its mass becoming extremely dense. To illustrate just how dense these objects are, researchers estimate that a single teaspoon of a neutron star would weigh about 2.2 trillion pounds.

"Our mass estimate makes the central compact object in HESS J1731-347 the lightest neutron star known to date, and potentially a more exotic object - that is, a 'strange star' candidate," reads the paper.

Despite what is already known about neutron stars, the mysterious object astronomers are observing, officially called HESS J1731-347, doesn't fit into astronomers' definitions for neutron stars, which has led the team to label it as a possible "strange star". A "strange star" is a hypothetical astronomical object, a quark star comprised of strange quark matter that operates at near-zero temperatures and pressures.

"Such a light neutron star, regardless of the assumed internal composition, appears to be a very intriguing object from an astrophysical perspective," the team wrote in a statement.

In other science and space news, NASA has released an image of a "ghost" located in deep space. The photograph was taken by the famous Hubble Space Telescope, which has been operating for more than 30 years.

NASA has also announced a new launch date for the first major mission back to the Moon, which will be a reconnaissance mission poised to lay the foundational knowledge for future missions back to Earth's orbiting neighbor and, eventually, the first steps back on the surface of the Moon by humans in more than 50 years. If you are interested in reading more about that story, check out the link below.