A Plague Tale: Requiem is the latest new-gen game with a hard 30FPS cap, however the visuals are quite dazzling.

Visuals versus frame rates--it's been an age-old battle since the beginning of gaming. Console-makers, engine crafters, and GPU wizards have been able to significantly reduce the trade offs over the years with technical magic like DLSS, Fidelity FX Super Resolution, and methods like Variable Rate Shading (see our Xbox Series X review for more info).

There's been lots of emphasis on frame rates with new-gen consoles like the PlayStation 5 and Xbox Series X/S, however some games are pushing for maximum visual quality and are willing to significantly sacrifice FPS in favor of dazzling graphics. That appears to be the case with A Plague Tale: Requiem, which looks to be one of the most beautiful third-party games released on the newer generation.

According to analysis carried out by El Analista De Bits, A Plague Tale: Requiem is locked at 30FPS on PS5, Xbox Series X, and Xbox Series S. However that doesn't mean the game isn't pushing the consoles to their limits.

The bit-analyzers say that the game is making all the consoles "sweat" with 1440p output resolution at 30FPS (which jumps to 40FPS on 120Hz displays with Variable Refresh Rate turned on).

The results highlight the age-old battle quite clearly and underline what kind of visual clarity can be achieved if FPS is de-prioritized for cinematic-style games like Requiem. 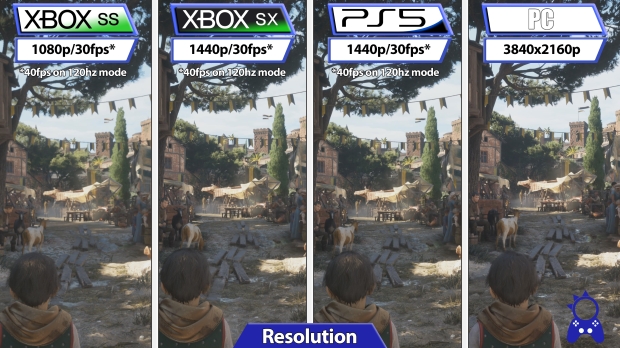 Here are a few notes from El Analista De Bits: