NASA has announced it will be livestreaming the departure of four astronauts from the International Space Station (ISS) via SpaceX's Dragon capsule. 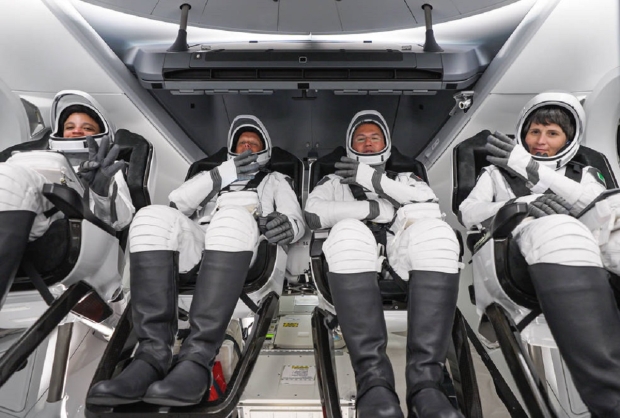 It was only last week that SpaceX launched a ground-breaking mission to the International Space Station via its Falcon 9 rocket and its Dragon capsule. The Dragon capsule carried four astronauts safely to the ISS, where it docked, marking the first time a Native American woman has reached the final frontier, along with cosmonaut Anna Kikina being the very first Russian to fly on a private American spacecraft.

Now, the return journey is about to get underway as four astronauts have wrapped up their nearly six-month stay aboard the floating laboratory. NASA astronauts Bob Hines, Kjell Lindgren, and Jessica Watkins, as well as ESA (European Space Agency) astronaut Samantha Cristoforetti, will say their goodbyes to the crew aboard the ISS and board the Dragon spacecraft on October 12. NASA expects that the Dragon spacecraft will splashdown off the coast of Florida on October 13 in one of seven targeted landing zones.

"On Wednesday, Oct. 12, the Crew-4 astronauts will share farewell remarks, and station Commander Samantha Cristoforetti will hand over command of the station to Roscosmos cosmonaut Sergey Prokopyev. The Dragon spacecraft, named Freedom by the crew, will autonomously undock, depart the space station, and splash down Thursday, Oct. 13, at one of seven targeted landing zones in the Atlantic Ocean or Gulf of Mexico off the coast of Florida. Freedom also will return important and time-sensitive research to Earth," wrote NASA.