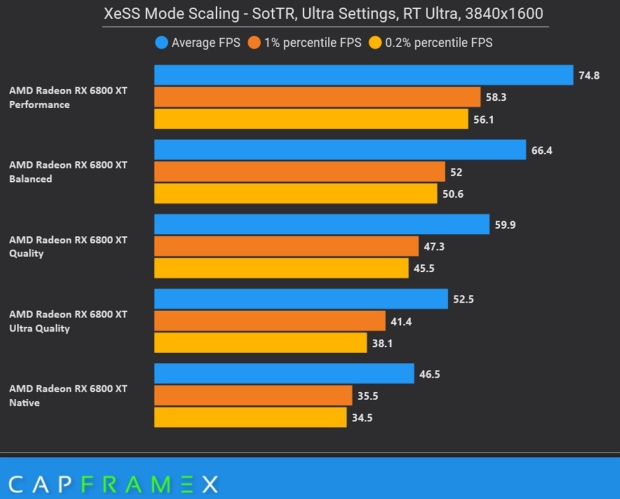 Intel XeSS scales well from native 4K, with Ultra Quality mode pumping out 52FPS, Quality mode with 60FPS average, and Balanced mode with 66FPS average in Shadow of the Tomb Raider. This is just XeSS 1.0 so we'll have to give it time, just like NVIDIA DLSS 1.0 was alright, DLSS 2.0 was great, and further revisions of DLSS 2.x were incredible... DLSS 3 is next level amazing... so I can't wait to see how XeSS matures to 2.x and beyond.

Shadow of the Tomb Raider's new update on the PC which adds Intel XeSS support right now on Steam.