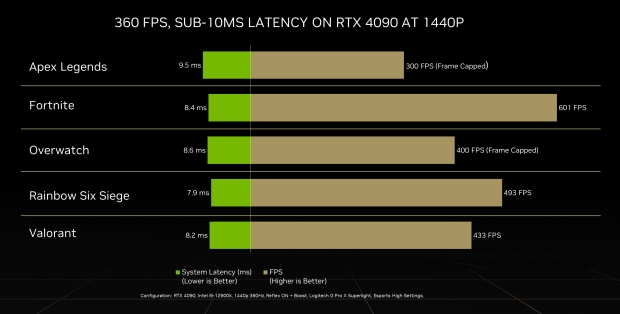 The company also announced a bunch of new NVIDIA Reflex games, with Call of Duty: Modern Warfare II around the corner, the big new update for Cyberpunk 2077 that will add new ray tracing features and NVIDIA DLSS 3 technology. Destroy All Humans! 2 - Reprobed, Loopmancer, Overwatch 2 (duh), Scathe, SUPER PEOPLE, and Warhammer 40,000: Darktide are all getting NVIDIA Reflex (while Warhammer 40,000: Darktide gets DLSS 3 and ray tracing when it lanches on November 30).