AMD's new Ryzen 9 7950X "Zen 4" processor has been pushed to new limits just days before its official retail launch, with the new Zen 4 flagship CPU being pumped up to an incredible 7.2GHz on a single-core, and 6.5GHz all-core OC.

We know to use a high-end 360mm AIO cooler with AMD's new flagship Ryzen 9 7950X processor if you want to hit 5.7GHz but if you wanted to reach 5.8GHz and above on the Ryzen 9 7950X then you need to use some serious cooling. TUM_APISAK posted some CPU-Z validation screenshots of the new Ryzen 9 7950X hitting 7.2GHz and 6.GHz, check them out below. 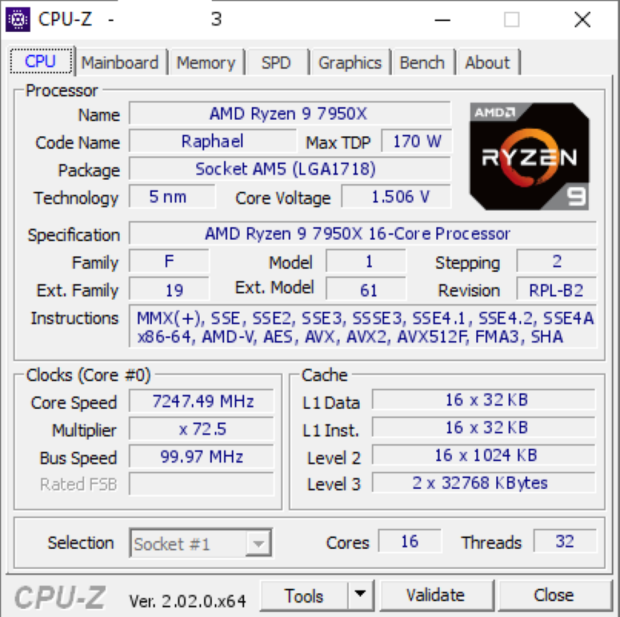 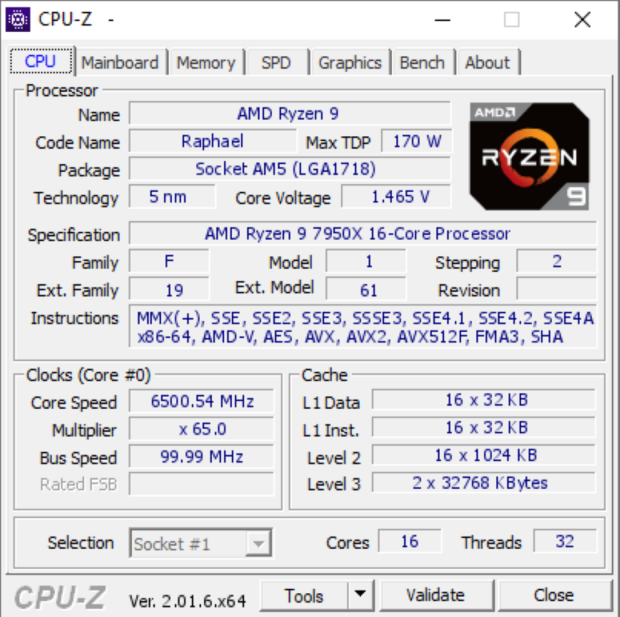 We are hearing more and more about AMD's new Ryzen 7000 series CPUs through leaks, but you'll be able to buy them... wait for it... on September 27, just hours away. We should hear more in the next few hours as the NDA embargo for AMD's new Zen 4 desktop CPUs lifts on September 26, where we'll have reviews live on TweakTown the second the NDA is live.

Intel's new 13th Gen Core "Raptor Lake" CPUs are also around the corner, with all of the details arriving during Intel's upcoming "Innovation" event on September 27. We should expect everything we need to know about Raptor Lake and the new Z790 chipset then... the last couple of weeks, and the next couple of months are going to be mega-exciting for technology enthusiasts.