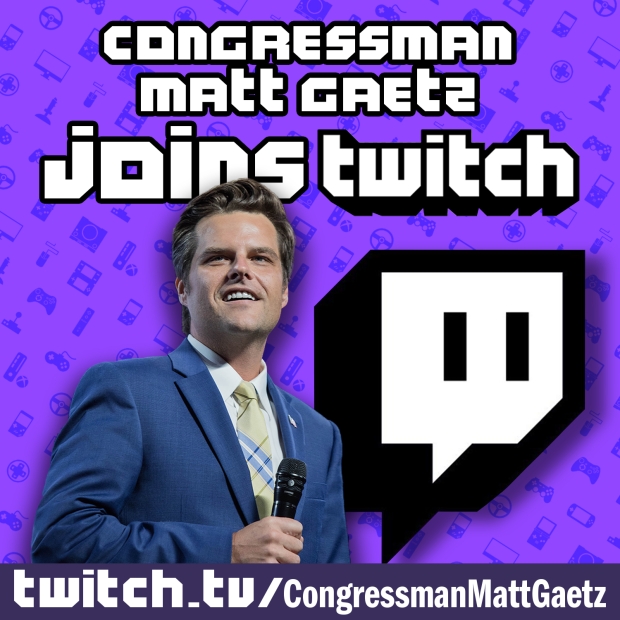 Just yesterday Twitch announced that it would not enact a 70-30 revenue sharing split and would in fact reduce revenue splits to just 50-50. This new policy was massively controversial and has sent shockwaves through the billion-dollar streaming industry. Twitch's image fell even farther following a revealing Twitch expose from Bloomberg's Cecilia D'Anastasio.

Now Twitch is facing more pressure from audiences, fans, and social media followers as controversial Florida Republican Matt Gaetz has announced he will start streaming political messaging on his own Twitch channel.

Gaetz's channel currently only has one video which was streamed 4 hours ago that focused on Ray Epps, who was involved in a conspiracy theory regarding the January 6th insurrection. Gaetz's streams are stylized akin to a CNBC news broadcast complete with a front-facing camera view where Gaetz sits at a desk with on-screen stock tickers updating in real-time.

Twitch users and social media followers are not responding well to the announcement and have pushed back en masse. This is not a good week for Twitch, Amazon's multi-billion streaming network that was once favored as the top streaming website on the internet.