I'm sitting in front of my PC at 11pm at night my time waiting with excitement for NVIDIA and its big next-gen GeForce reveal, and bam... AMD teases its next-gen RDNA 3 GPU reveal for November 3.

Just 2 hours away... 120 minutes and AMD is here to announce its next-gen Radeon RX 7000 series "RDNA 3" graphics card family will be unveiled on November 3. The news is coming directly from Scott Herkelmen, Senior Vice President and General Manager at AMD Radeon who tweeted out the news and told gamers to save the date for RDNA 3.

AMD is showing that it's a bit tougher this generation, after a very strong round with RDNA 2 the company is ready to strike again with RDNA 3 against Ada Lovelace. We've been hearing more and more about AMD's next-gen Radeon RX 7900 XT flagship GPU, rocking Navi 31 with AIB partners ready to clock the GPU "to the moon" as well as 24GB of GDDR6 memory (up from 16GB on the RX 6950 XT and 6900 XT cards).

AMD will be making its next-gen RDNA 3 GPUs on TSMC's new 5nm process node, with the company already promising over 50% more performance per watt efficiency with its next-gen RDNA 3 GPUs over its previous-gen RDNA 2 chips. AMD will also be using new packaging technologies with its Radeon RX 7000 series "RDNA 3" cards, with GCDs and MCDs (Graphics Complex Die and Memory Complex Die).

In total, Navi 31 is expected to have 7 chiplets (1 x GCD and 6 x MCDs) compared to the monolithic design of Navi 21 which saw just the Navi 21 GPU, and the GDDR6 memory modules not anywhere near as close. Navi 31 will see the MCDs flanking the GCD, all on that spiffy new N5 process node from TSMC.

AMD also just posted a new article talking about the performance per watt gains that it has over its competitor, and that we can expect much more with RDNA 3. The recent leaks on the Radeon RX 7900 XT is that its Navi 31 will be a huge overclocker, with up to 4.0GHz GPU clocks teased. 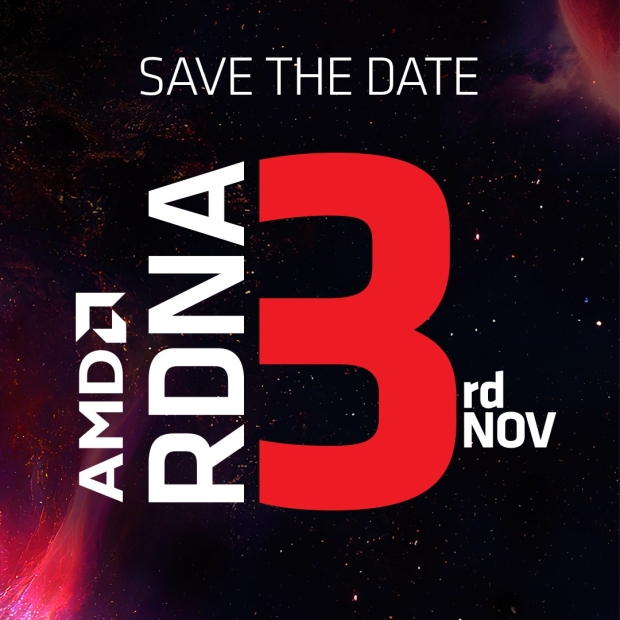 We've also been hearing from leakers like Moore's Law is Dead that says his sources tease that AIB partners are going to clock Navi 31 "to the moon" and that we'll see some wicked custom Radeon RX 7900 XT graphics cards, but that also AMD will be very conservative when it comes to power consumption on its new RDNA 3-based cards.