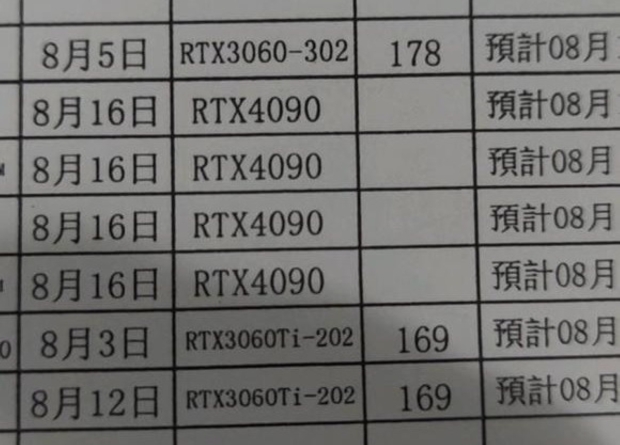 A post on the Baidu forums spotted by "harukaze5719" on Twitter, teases that the AD102 GPU + 24GB memory graphics card aka the RTX 4090 on this paperwork. We don't know which AIB partner is getting their custom GeForce RTX 4090 graphics card made, as those bits are obviously blurred out. We do know that production kicked off on August 16.

The listing shows the RTX 4090 with the AD102 GPU and 24GB VRAM, there's 3 DP + 1 x HDMI display output: which is the regular display output on graphics cards. Here's hoping those DP connections are the ultra-fast new DisplayPort 2.0 standard.

There's nothing new here in terms of more information on NVIDIA's upcoming GeForce RTX 4090, but if what we're looking at is legit, then we know the AD102 GPU is confirmed, 24GB of GDDR6X on the AD102-based graphics card is confirmed, and that graphics card in question is the RTX 4090 according to this OEM paperwork.