A Tesla Model 3 has been found stuck halfway into the ground after monsoonal storms in the Mojave Desert in California.

The National Park Service (NPS) has shared the photo of the Model 3 found within the Mojave National Preserve to serve as a reminder for "everyone to travel the road system carefully and slowly and to Drive Like A Tortoise(TM) to protect human life and wildlife." The Tesla's occupants were not injured after they appear to have circumvented road closures, though their vehicle had to be left behind after it became trapped in the ground on North Kelbaker.

The NPS is preparing to assess damages and make repairs as part of their monsoon recovery operations after more than two inches of rain fell on the Hole-in-the-Wall area on Thursday afternoon, August 25th. By comparison, another region of the Mojave Desert, the Death Valley, experiences only about two inches of rain yearly.

Around this time of year, monsoonal storms are expected in the desert, and consequently, flash floods can be expected due to the sudden influx of water in the dry, arid environment. Flash floods have recently damaged multiple paved roads, undercutting them and, in one case, completely washing them out, severing access to parts of the park, and stranding some visitors in campgrounds.

The NPS warns that travelers should not bypass road closures, even if GPS mapping directs them to do so if it believes roads may be open. The NPS websiteprovides ongoing updates to make sure anyone in the region can be made aware of road conditions. 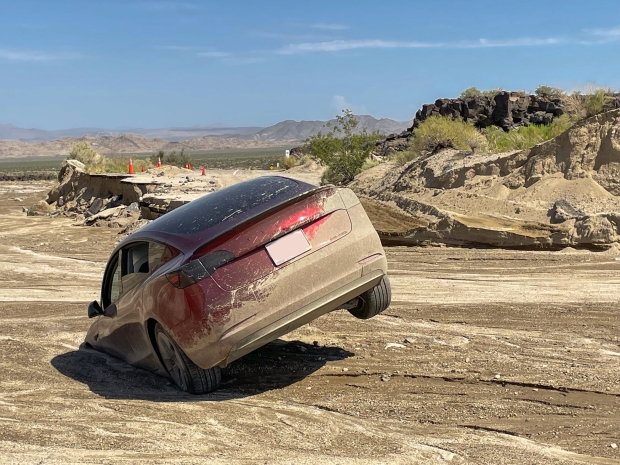