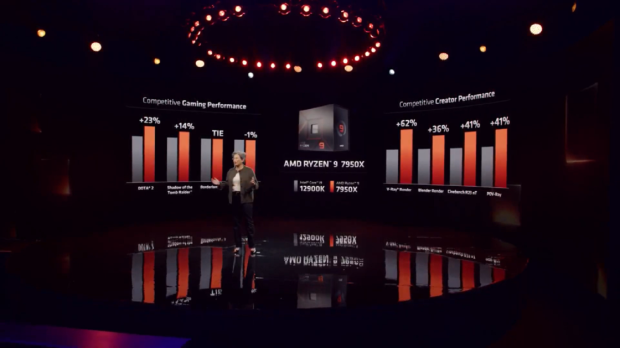 AMD also compared its new Ryzen 9 7950X processor up against Intel's current-gen Core i9-12900K processor, where the new Zen 4 flagship CPU is up to 57% faster than Intel's fastest Alder Lake CPU in Chaos V-Ray ray-traced rendering. AMD also compared the performance-per-watt of its new Ryzen 9 7950X processor against Intel's Core i9-12900K, where AMD says the new Zen 4 flagship has up to 47% more performance-per-watt over the Alder Lake champion.