Tales From the Borderlands is coming back, but Telltale may not be involved in the new game. 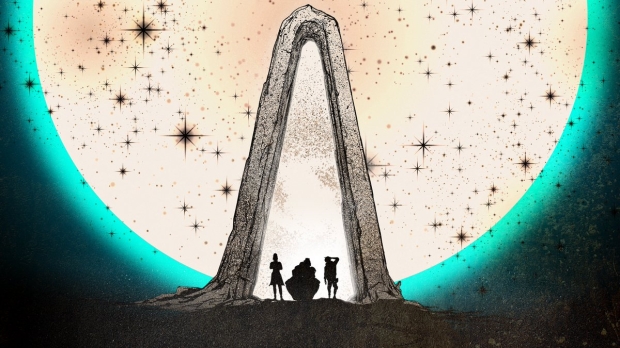 Gearbox Software and 2K Games have confirmed a new Tales From the Borderlands game will be revealed at Gamescom's Opening Night Live ceremony tomorrow, August 23 at 2PM EST. Both the publisher and developer teased a few images on Twitter, but exact details on the project (and those involved) are largely unknown.

It does appear that Telltale Games isn't developing the game, and this could mean a more action-oriented focus for the project. Telltale Games developed the first Tales From the Borderlands game and received generally favorable reviews.

Earlier this year, Gearbox confirmed a new Tales From the Borderlands game was in development with a targeted 2022 release date. The news comes a year after The Embracer Group acquired Gearbox for $363 million. As part of Embracer, Gearbox has formed its own operational unit and has even made its own acquisitions--Gearbox bought Lost Boys Interactive in April to help it work on new projects like Borderlands 4, a new IP, and presumably the new Tales From the Borderlands title.

Take-Two Interactive, the parent of 2K Games, has not commented on a new Borderlands game or a title from Gearbox...but it is likely included in the publisher's massive new slate of titles.

Gamescom's Opening Night Live ceremony will kick off tomorrow at 2PM EST. Be sure to stream it on Twitch to ensure better bandwidth and timing during the show.