Samsung has announced that development has started on its next-generation DDR5 memory modules, with a gigantic 1TB DDR5 capacity coming in the very near future. 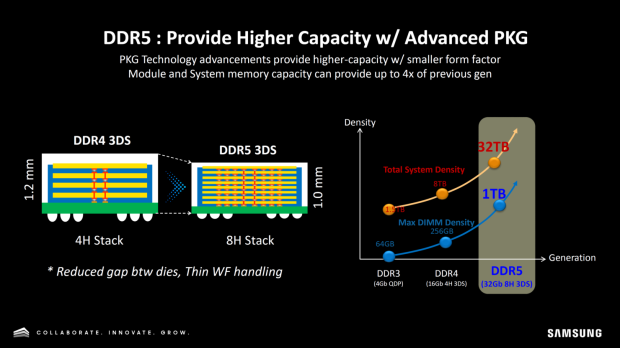 You and I might not need 1TB DDR5 memory modules, at least not right now, but Samsung is not making it for consumers: the next-generation DDR5 memory modules are aimed at next-gen servers and HPC (high-performance computing) systems.

In the regular world, we have the heights of 32GB per DIMM, so you can fill a system with 128GB of DDR5 RAM pretty easily (4 x 32GB = 128GB) but Samsung has been making gigantic DIMMs for a while now. We have 64GB, 128GB, 256GB, 512GB, and even mammoth 768GB DIMMs that we were reporting on this time last year... but now Samsung is entering the world of 1TB capacities on DDR5 memory.

Samsung researchers are studying and developing higher capacity DDR5 modules, by boosting capacity to 32Gb for the DRAM while boosting the number of stacks to 8. The company is hoping to hit 32Gb with 3D-stacking and 8-Hi stacks while keeping the single memory capacity at a "premium" level -- passing SSDs easily. 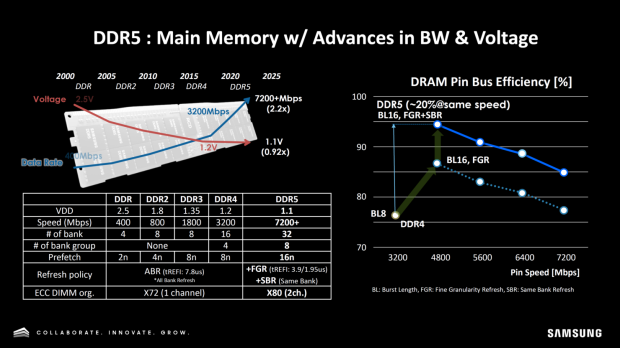 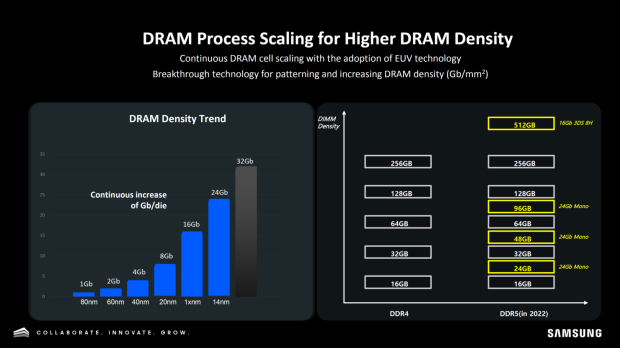 The new 1TB DDR5 memory modules from Samsung will be first used in AMD's upcoming EPYC "Genoa" CPUs, which are powered by the new Zen 4 architecture and have a huge amount of bandwidth and capacities in order to fill those 96 cores and 192 threads of CPU power. 1TB might seem like a lot to us, but to servers... the more, the merrier... and now the 'more' can be radically more with 1TB DDR5 memory modules. 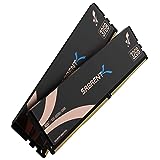