Square Enix lays out peculiar-sounding NFT plans that include using non-fungible tokens to tell stories in its upcoming games. 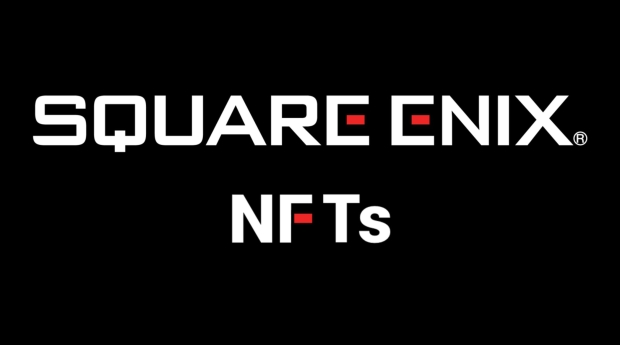 In a recent shareholders meeting spotted by Suzuki Online and Siliconera, Square Enix talked about its new strategy with NFTs. The company is going ahead with its blockchain entertainment segment but plans are still early.

According to slides that we ran through an online PDF machine translator, Square Enix has ambitious to create NFTs that tell some sort of story. The company has plans on "launching a new brand/IP of creative NFT that emphasizes world view and story." There's no further details on exactly what this means.

Square Enix President Yosuke Matsuda did say that these strategies are still in planning stages. "It's still a bit too early to consider making Dragon Quest and Final Fantasy blockchain games, and we're not at the stage of thinking about that yet." 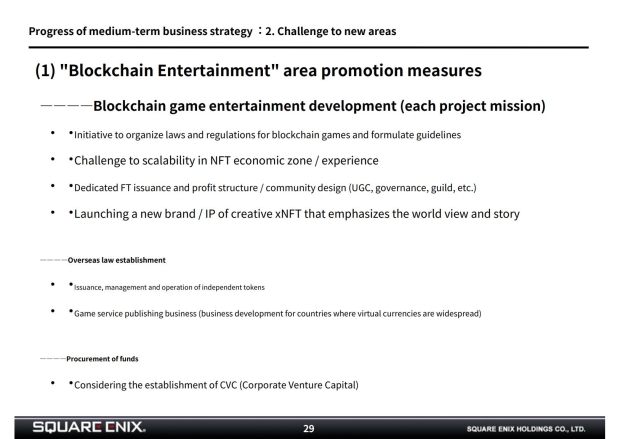 We do know, however, that NieR, Final Fantasy, Dragon Quest developers are interested in NFTs.

NFTs aren't just limited to images but can be videos and playable experiences of sorts. It'll be interesting to see if Square Enix releases more NFTs based on wholly-owned IPs that somehow interact with its games, however it's worth noting that the company has had many fledgling starts it nascent technologies including AR/VR and cloud streaming.

In the past, Square Enix has enjoyed small success with its Million Arthur NFTs. Many of the companies ideas sound almost too good to be true: