Square Enix has expressed interest in using blockchain to facilitate user-generated content and to pay creators with cryptocurrency for their in-game creations. 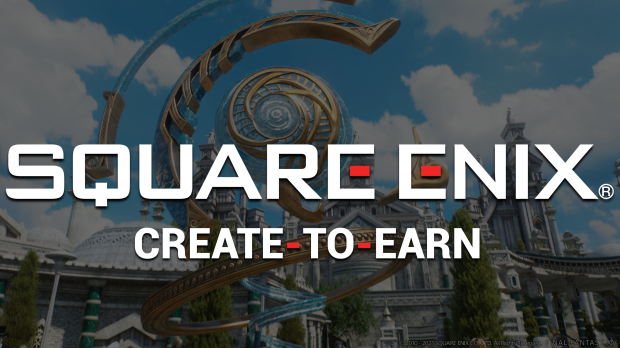 Dragon Quest and Final Fantasy-maker Square Enix has always hyped up emerging technologies. Company President Yosuke Matsuda has a penchant for over-promising on industry trends like VR, smartphone gaming, and streaming, but more recently has embraced nascent tech like blockchain, play-to-earn, and NFTs.

However ambitious, Matsuda's latest affirmations could help pave the way for a new era of user-generated content through blockchain. In a recent interview with Yahoo Japan, Matsuda outlined his nebulous vision to use blockchain as a way to distribute user-generated content to gamers and remunerate content creators with cryptocurrency payouts. In practice, Square Enix essentially wants to mimic Roblox, who pays out billions every year to its content creators. It's also similar in theory to Bethesda's paid mods Creation Club platform.

Recent articles and reports describe Square Enix's business ambitions as play-to-earn, but this seems like a misnomer. A better description might be create-to-earn.

Read Also: Reminder: Square Enix always hypes up new tech and wants to do everything

"In the future, I would like to take on the challenge of providing autonomous game content. To date, many of the games we have provided content as finished products, and players have played that content," Matsuda said.

"However, there are a certain number of players in the world who want to contribute to making the game more interesting, and create new settings and ways of playing. Will do it.

"In the future, I would like to utilize the power of such people to create games that will develop. By utilizing technologies such as blockchain instead of relying on good intentions, if incentives are given to those who have contributed to the development, there is a possibility that content with innovative fun will be born from the user's ideas."

Matsuda also outlines that future Square Enix games could be designed with special tokens and cryptocurrency, which is worrisome for gamers due to the speculative nature of value, ownership, and re-sales. The company's browser and online-based segment is particularly well-suited for this plan, and is much more flexible than its bigger, more dedicated titles like Dragon Quest XII and Final Fantasy VII Remake.

However, blockchain offers a unique opportunity to specifically own and streamline payouts to content creators by virtue of its digital ledger-based data infrastructure, which should allow for concise and automatic record-keeping.

However, with advances in token economies, users will be provided with explicit incentives, thereby resulting not only in greater consistency in their motivation, but also creating a tangible upside to their creative efforts. I believe that this will lead to more people devoting themselves to such efforts and to greater possibilities of games growing in exciting ways.

From having fun to earning to contributing, a wide variety of motivations will inspire people to engage with games and connect with one another. It is blockchain-based tokens that will enable this.