Call of Duty Modern Warfare 2 will have a new online gametype inspired by Escape From Tarkov, new reports from leaker Ralph's Valve indicate. 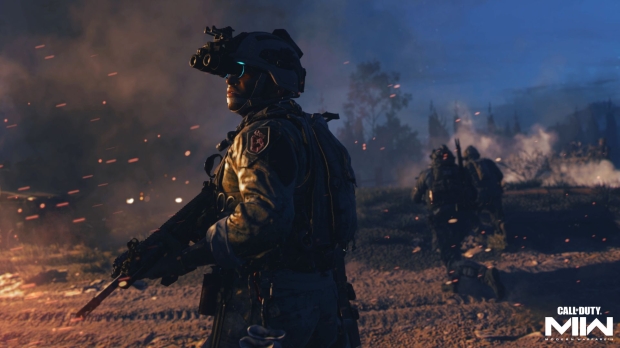 According to latest reports from trusted a trusted leaker, Modern Warfare 2's new Tarkov-like gametype will release as a free-to-play experience sometime in 2023. The mode is reportedly codenamed Project Nexus, and quite ambitious in scope. Nexus has been in development for four years or so and will combine campaign elements with PVPVE action, complete with distinct RPG elements.

Modern Warfare 2's launch in 2022 will see the release of three included modes: Singleplayer campaign, multiplayer, and co-op. Warzone 2 will be a separate, standalone release that resets all progress and starts fresh. The new inclusion of Nexus, also described as a DMZ mode, will mean Activision could have five monetized free-to-play online Call of Duty experiences on the market in 2023: COD Mobile, Warzone, Warzone 2, Warzone mobile, and Project Nexus.

Call of Duty Modern Warfare 2 will release October 28, 2022 on PS4, PS5, Xbox One, Xbox Series X/S, and PC. Warzone 2 is reportedly due out sometime in December.