Ford's new F-150 Lightning electric pickup truck is a mobile powerhouse, offering some incredible power not just as a car -- but as a gigantic, portable battery that can power your power tools, charge up a dead Tesla EV, and even your house. 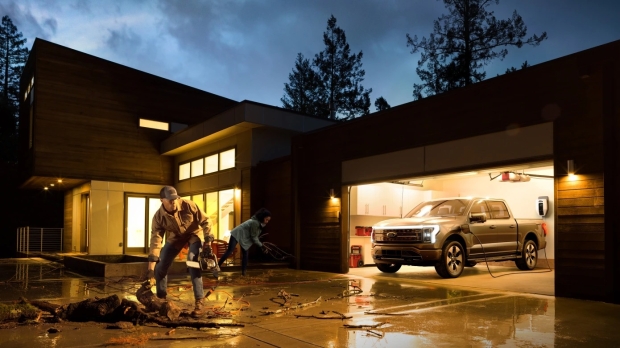 Yes, the Ford F-150 Lightning can charge your house. Ford isn't the only one, but they're the biggest name by far that is doing it, and has a car on the market here, and now. At least a few of them. Being able to charge your entire house during a power outage, Ford is really changing what it means to be "just a car".

Ford has teamed with Sunrun, a solar, battery storage, and energy services provider, to help out installing the 80-amp Ford Charge Station Pro and home integration system. If you get the extended range battery version of the F-150 Lightning, then you'll get that by standard. When Sunrun's people are at your house, they'll give you the option of installing a solar and battery system to your home. 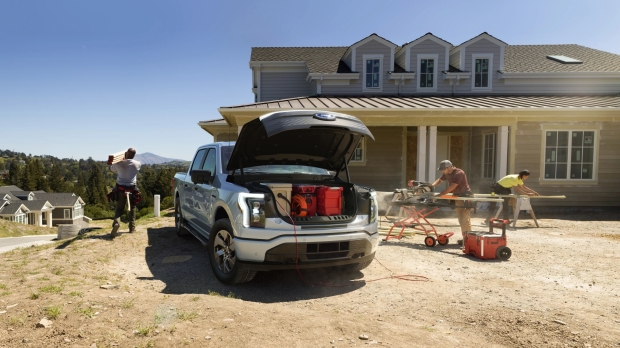 The 9.6kW Pro Power Onboard battery can handle everything you plug into it... I mean, there are 11 outlets spread throughout the Ford F-150 Lightning. They're find in the cabin interior, as well as the bed, and the huge "frunk" or front trunk of the F-150 Lightning.

Ford offers a Pro Power Onboard upgrade for its F-150 Lightning electric truck, with the company detailing it: "Pro Power Onboard is a more sophisticated, integrated solution than a traditional generator. With tech-safe precautions and ground-fault detection, you can hook up your most essential tools on the worksite or be the talk of the tailgate when watching the big game".

But then there's a feature called Ford Intelligent Backup Power, which when plugged into the Ford Charge Station Pro home charger -- which comes standard with the extended range version of the F-150 Lightning by the way -- the F-150 Lightning will begin charging your house. Ford says that the F-150 Lightning is good to charge the average home for 3 entire days with the 9.6-kilowatt Pro Power Onboard system. 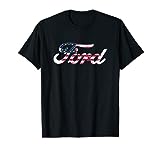