Ford has just announced upgraded battery capacities for its Ford F-150 Lightning electric pickup, with the Standard Range model packing up to 230 miles of range while the Extended Range version has up to 300 miles of range. 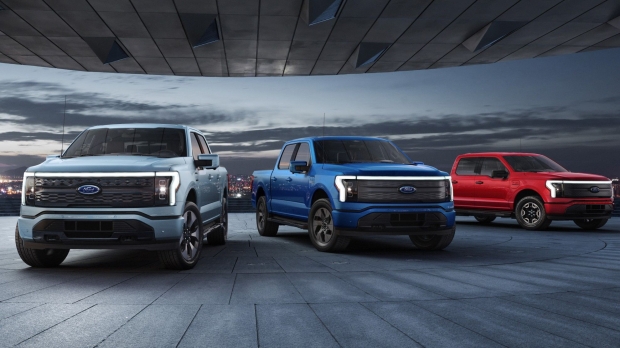 The Ford F-150 Lightning Standard Range model has a 98 kWh battery pack, while the upgraded Extended Model packs a huge 131 kWh battery. Ford will install the Standard Range package on 3 of its 4 versions: the fleet-focused Lightning Pro, the XLT, and the Lariat. The higher-end Extended Range will be optional for the XLT and Lariat, and will come as standard for the flagship Platinum model.

Ford explains that the "F-150 Lighting Pro model will be available with the standard-range battery to retail customers". There's also power fold mirrors in the Lariat and Platinum models, while the Tough Bed spray-in bed liner isn't standard -- but now an option available on all trims.

Ford is including a high-powered 9.6 kW Pro Power system for the first two trims (Ford ships it as standard on the Lariat and Platinum models) while the higher-end 15.5-inch touchscreen with Sync 4A, and comes with the higher-end models. There's no exact details on pricing just yet, but we do know that the Standard Range Lightning Pro will start at $39,974 before any tax incentives for commercial (fleet) buyers.

The higher-end Extended Range model (only available for fleet buyers) starts at $49,974 -- retail packages will reportedly start at $42,000 while the Platinum model scales up to $90,000.