Considering the pedigree of his contributions to the fantasy genre, Brandon Sanderson is a definite authority on myth and magic. He's also a gamer. Combine these two together and you have a special type of curator that can deliver very targeted recommendations to his fans.

Brandon Sanderson, the author of books and series like Mistborn, Wheel of Time, and the Stormlight Archive, loves Elden Ring (and Dark Souls in general). Fun fact: Bandai Namco wants to collaborate with Sanderson on a new game, and the writer is all for it.

Sanderson recently put out the first in his series on Why You Should Play Elden Ring, a rare let's play series where Sanderson gives glimpses of his past and talks you through key segments of the game. The first video is illuminating and shares Sanderson's early gaming experiences while touching on why he thinks fans should try out FromSoftware's new game.

According to Sanderson, it all comes down to a certain type of challenge.

"What you see here is something different."

Sanderson also says this kind of tedium pushed him away from classic franchises like Castlevania, which he still hasn't beaten to this day. "I'm a little salty about that. I tried super hard as a boy to beat Castlevania but I never did, despite months and months of trying."

The author further reveals he grew up with an Atari, then moved on to the classic NES:

"I grew up playing video games that are too hard. My first gaming system was an original Atari 2600, and then a regular Nintendo. These games were hard. They were punishingly hard."

"My brother bought me Demon's Souls for my birthday back in the PS2 era and I heard about it's infamous difficulty. I was intimidated."

There's loads more in the actual video, so be sure to check it out. 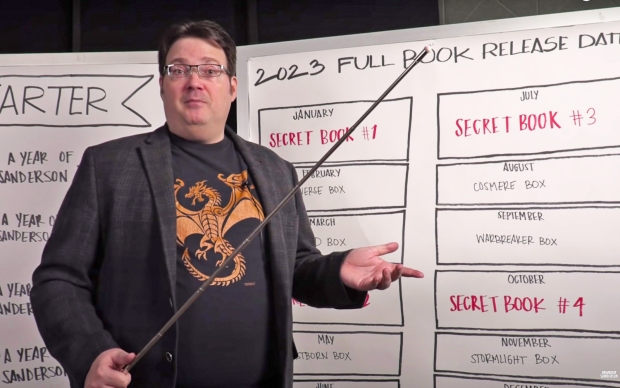