Blizzard has announced that Overwatch 2 will be launching in early access form on October 4, for the PC, PS5, PS4, Xbox Series X/S, Xbox One, and the Nintendo Switch.

Overwatch 2 will be purely free-to-play with both cross-platform play, and cross-platform progression... with Blizzard to add new heroes, reworks to heroes, maps, modes, and premium cosmetics over time. Blizzard will be launching Overwatch 2 with a new tank character -- Junker Queen -- another Australian character (as an Aussie, woohoo) that joins Junkrat. 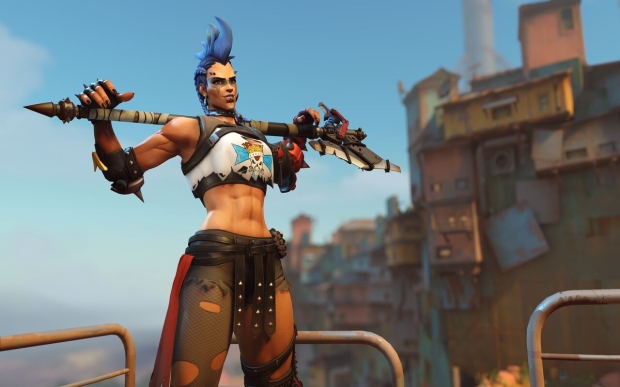 The cinematic trailer made me feel like a kid again, super exciting stuff, even though I was disappointed in the Overwatch 2 PvP beta... and have been playing OW1 ever since. We should expect more details during the June 16 Reveal Event, which isn't too far away at all... barely 48 hours now.

Mike Ybarra, president of Blizzard Entertainment said: "We can't wait to roll out the beginning of the Overwatch 2 experience on October 4 and introduce an exciting new competitive vision, featuring amazing new content and a reimagining of the iconic heroes, maps, and gameplay that made the original game so compelling".

He added: "This is the beginning of an always-on and always-evolving era for the franchise, and a recommitment to serving players with frequent and substantial updates planned well into the future to keep Overwatch 2 fresh and fun for many years to come".