Squid Game quickly become the most popular Netflix series ever when it debuted last year, and now the streaming giant has just announced Season 2 of Squid Game, as well as a teaser for the new season:

The teaser is pretty simple, with a video of the massive doll from the first season of Squid Game that wipes out waves of the contestants in the infamous "Red Light, Green Light" game. Netflix uses this, teasing "Red light... GREENLIGHT! Squid Game is officially coming back for Season 2!"

Hwang Dong-Hyuk, writer, director, producer, and creator of Squid Game has said "a whole new round is coming. It took 12 years to bring the first season of 'Squid Game' to life last year. But it took 12 days for 'Squid Game' to become the most popular Netflix series ever".

"As the writer, director and producer of 'Squid Game', a huge shout out to fans around the world. Thank you for watching and loving our show.

The man in the suit with ddakji might be back.

Join us once more for a whole new round". 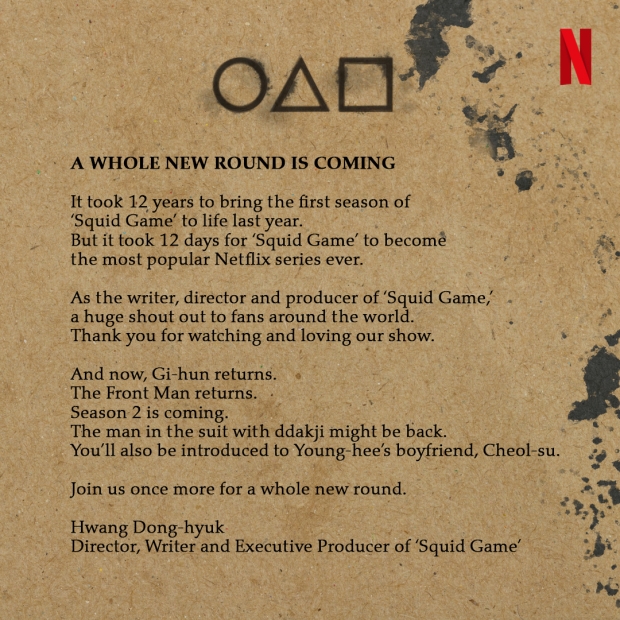