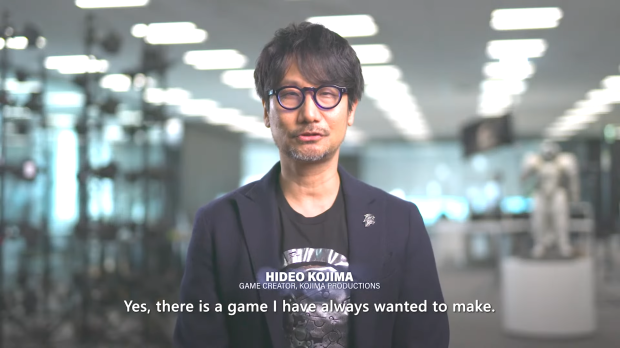 The reports were right: Kojima is indeed making a new cloud game for Xbox. The project wasn't formally announced, but Kojima did say it will be a unique one-of-a-kind type of experience. It is likely this particular game is the recently leaked Overdose project starring Death Stranding's Margaret Qualley.

"Yes, there is a game I have always wanted to make. It's a completely new game and one that no one has ever experienced or seen before. I've waited a very long time for the day when I could finally start to create it,"Kojima said at the event.

Based on what Kojima has said in the past, this game should merge gaming and film together in an interactive hybrid.

The auteur has always wanted to make films, and recently opened a new Los Angeles-based team to expand into films, shows, and music.

"It's a big title, and a title that's a new challenge. As the boundaries of entertainment disappear in the near future, I'd like to make this a year that we take a step forward into challenging different mediums and expressions," Hideo Kojima told Famitsu, possibly relating to this new game.

Then on January 1, 2022, Kojima said he will move to a "next level of experimentation with a radical project."

Check below for a timeline of coverage and quotes relating to Hideo Kojima's new film-game hybrid aspirations: