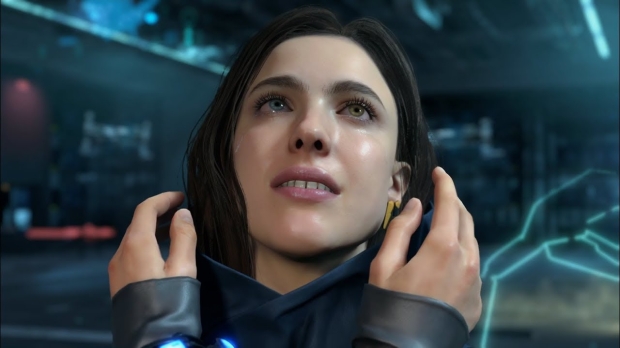 Several years after P.T. and the cancellation of Silent Hills, it looks like Kojima's next game has returned to horror. Sources have reportedly send known leaker Tom Henderson footage of Kojima's upcoming terror-filled project, which is codenamed Overdose. The footage was brief but spoke volumes; it reportedly showed Margaret Qualley, who portrayed Mama in Death Stranding, as a lead character in a blue dress.

If accurate, Overdose will have a cinematic look and feel similar to Death Stranding, featuring high-end motion captures. Kojima has been working with Kojima Productions' new LA-based studio, which is also using Sony's advanced motion capture technology. Kojima has said his new game would be a "radical project" that pushes a "new era of experimentation" and "challenge different mediums".

The pivot to horror isn't new: The Metal Gear Solid creator has expressed for years now that he wants to make a horror game. Sources tell reporter Jeff Grubb that Kojima could be brokering a deal with Xbox to release the game on Project xCloud, possibly as an innovative, choose-your-own-adventure or real-time horror experience.

"I want to create a horror game, but I don't have this good solution to this. For P.T., I wanted to create something that everyone really shares. But if you're too scared you won't play, right? I want to challenge the horror genre and solve this problem," Kojima said in 2019.

One year later, Kojima contacted Junji Ito, the creator of one of the most disturbing manga of all time entitled Uzumaki, to possibly work on a new collaboration.

Ito could be helping Kojima design his macabre new vision for Overdose.

More recently, Kojima says he is re-thinking his creative process after COVID-19 and gives some clues on what his next project will be like.