The zero-emission Bitcoin mining project is a collaboration between Tesla, Blockstream, and Jack Dorsey's Blocks (formerly known as Square).

The new facility will be capable of 30 Petahashes per second and powered exclusively by a 3.8 megawatt (MW) solar farm and a 12 megawatt-hour (MWh) Megapack battery system, provided by Tesla. A recent tweet from Blockstream shows that it has now received a delivery of four Megapack batteries.

Tesla previously invested $1.5 billion into Bitcoin in early 2021 and followed up that move with accepting Bitcoin as a payment option for new vehicles. Within a few days, Tesla reversed this decision, citing concerns regarding the use of fossil fuels and their associated emissions when it comes to powering Bitcoin mining and transactions.

Elon Musk believes that Tesla will accept Bitcoin as a payment option once more in the future when the energy use associated with Bitcoin comes from a higher proportion of renewable sources. With the upcoming Blockstream Bitcoin mining facility and potentially others like it, that option may become available sooner. 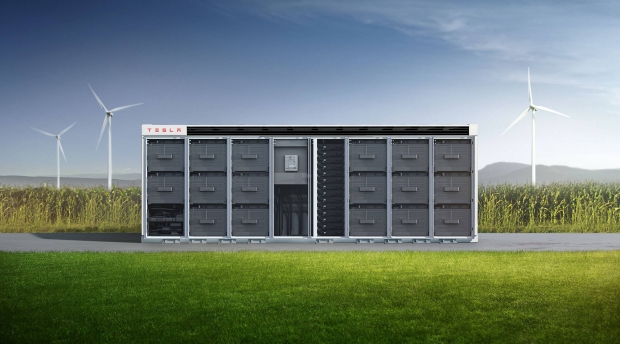