"We can fly against whatever threat we want. And that threat could be controlled either by an individual remotely or by artificial intelligence. What we're building is really a military metaverse. It's like a multiplayer video game in the sky," says Daniel Robinson, founder and CEO of Red 6.

AR and VR have become staples of military training of late in projects like Project Avenger and Project BlueShark. Now, the military is setting its sights on integrating various technologies to create more interconnected virtual systems, and recently held a high-level conference in a virtual environment attended by more than 250 people from across the world.

"It is an extremely complex type of simulation, especially given the fidelity that the military demands. You can either have live players who are participating in the simulation or [characters] can be AI-enabled, which is often what the military does," said Caitlin Dohrman, general manager of the defense division of Improbable, a company that develops virtual world technologies. 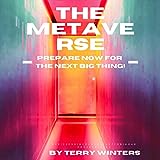