AMD's next-gen RDNA 3 graphics architecture will be led by the new Navi 31 GPU, which has changed specifications according to the very, very latest leaks.

The newer Navi 31 rumored GPU specs would see the 384-bit memory bus not just increasing overall memory bandwidth over a 256-bit memory bus, but AMD would require fewer memory modules at the same time. This means that AMD and its AIB partners can make their Navi 31-based offerings cheaper, and require less cooling (which also helps with costs).

This is much different than previous rumors, which suggested AMD would be using 2 x Compute Dies. Instead, it appears the MCM design will only affect the memory subsystem (L3 cache + Infinity Cache) while the GPU itself is still monolithic. 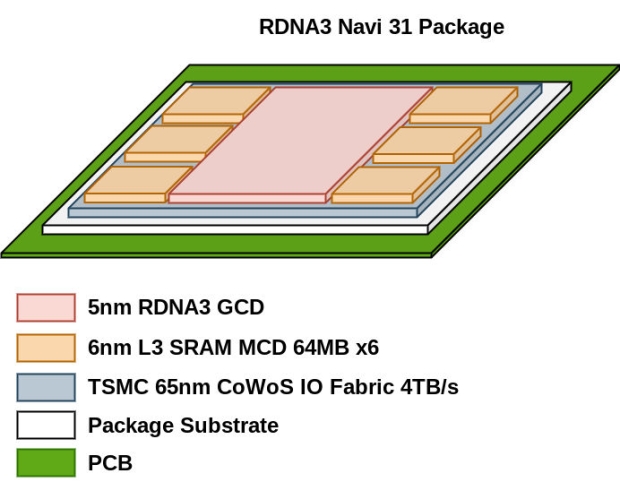 Twitter user "AMDGPU_" posted a mock-up of the Navi 31 package, above.