NVIDIA's new GeForce RTX 40 series GPUs have been detailed in great length over the last couple of months, but so too have AMD's next-gen Radeon RX 7000 series GPUs. 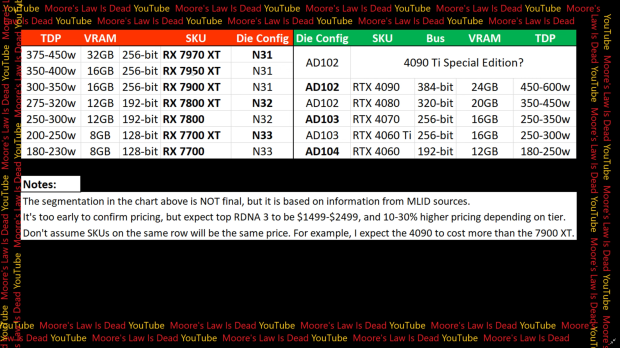 We now have some more information from Tom @ Moore's Law is Dead with his sources providing some new details, and pieces of the Navi 31, Navi 32, and Navi 33-based Radeon RX 7000 series graphics cards will form into. The flagship Radeon RX 7970 XT graphics card is teased here, with the Navi 31 GPU and up to 32GB of GDDR6 memory. 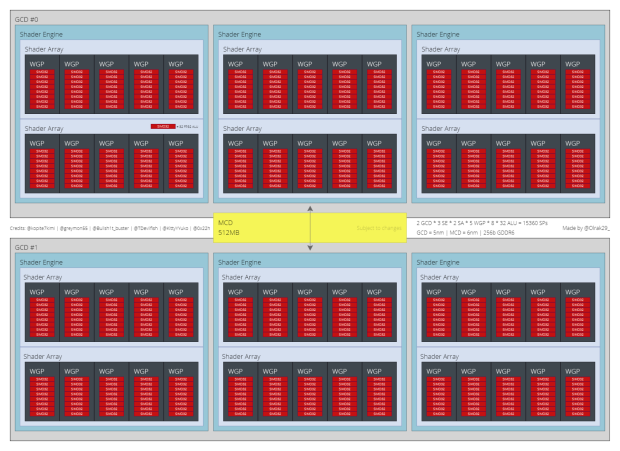 We should see GPU clocks of around 2.4GHz to 2.5GHz which should spit out a gigantic 75 TFLOPs of FP32 compute performance, which compared to the flagship Navi 21-based Radeon RX 6900 XT graphics card is a huge 226% performance improvement.