The GPU rumor game has changed considerably over the last couple of years, in a pandemic-fueled Twitter and YouTuber frenzy that has seen the hype, specs, hype, rumors, and hype reach new bounds. Navi 31 is in the middle of it, with some fresh new leaks that water down AMD's next-gen MCD-based GPU design.

Industry leaker "Greymon55" has tweeted out a fresh rumor, as well as deleting his previous tweet referring to AMD's next-gen Navi 31 GPU having ~92 TFLOPs of compute performance. Greymon55 has tweeted just now, with a simple: 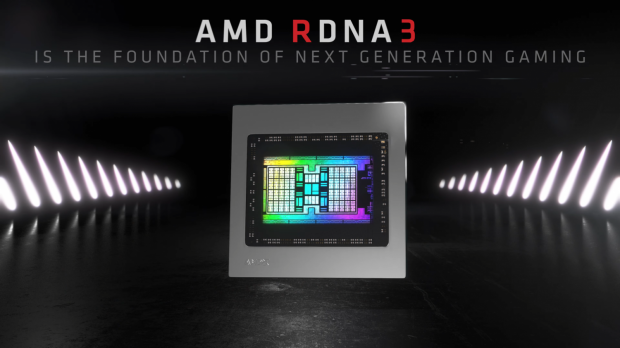 This is a big cut down from the previous rumors that Navi 31 would pack 15360 SPs that are now down to 12280, but as I said in the powerful salt-filled rumor of Navi 31 with 92 TFLOPs of compute performance: "There are a million and one things that can happen in the next 6-8 months".

The breakdown in Stream Processors (SPs) was done by Redfire:

Greymon55 adds: "My idea is that maybe 15360 was indeed planned at the beginning, but due to scale effect, 12228 was finally chosen as the optimal point to tape out".