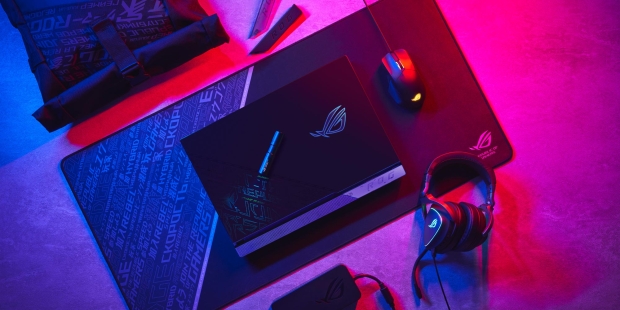 Inside, apart from the flagship CPU + GPU combo we've got up to 64GB of DDR5-4800 RAM, PCIe 4.0-based SSDs in RAID 0 mode that "leaves loading times in the dust". ASUS includes enthusiast-grade 2.5GbE networking + Wi-Fi 6E standards as well as a flurry of USB Type-C ports (2 of them, 1 of them supports Thunderbolt 4), a full HDMI 2.1 port capable of 4K 120Hz display output to a monitor or TV, too. 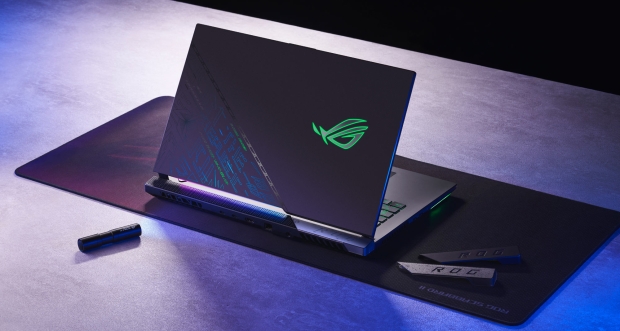 Now, when it comes to cooling, ASUS explains: "ROG's engineers had to get creative in order to accommodate all this high-powered gear. Starting with the thermal interface material, the SCAR 17 SE is the first ROG laptop to use Thermal Grizzly's Conductonaut Extreme liquid metal on both the CPU and the GPU. Conductonaut Extreme is an ultra-high performance compound that can drop CPU temperatures by up to 15°C compared to traditional thermal pastes, and we've applied it to the GPU as well to keep temperatures as low as possible across the board".

"The SCAR 17 SE also boasts a huge custom vapor chamber that covers 48.8% of the motherboard, ensuring that the CPU, GPU, and critical power delivery components are always operating at peak performance. Unlike conventional heat pipes that only transfer heat along their axis, vapor chamber designs spread heat across their entire surface, rapidly absorbing and dissipating waste heat without adding extra bulk to the machine". 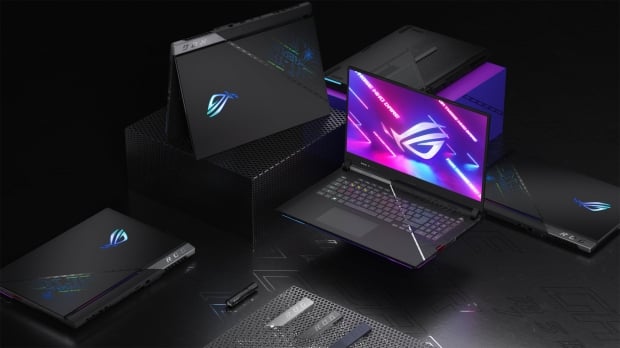 "This efficient transfer also keeps the surface of the laptop cooler, keeping your hands comfortable on the keyboard while you frag your enemies. Paired with four heat sinks lined with ultrathin copper fins as slim as 0.1mm and updated Arc Flow Fans, the SCAR 17 SE can easily dissipate heat for top performance, even during marathon gaming sessions". 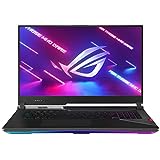